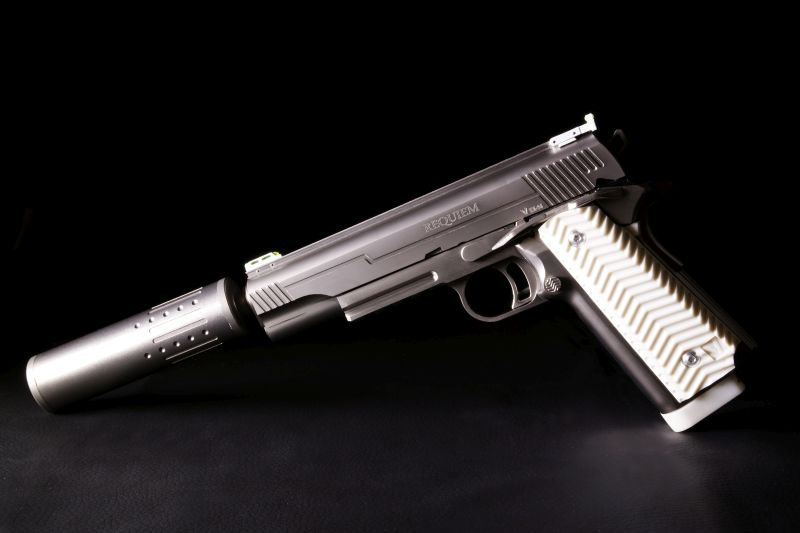 It’s Wednesday again already so it was time for another range session this morning, and oh boy, for what Bill tells us it was COLD down in THE PIT!

We all know that even the best GBBs are challenged by extreme cold as it adversely affects the gas in our magazines, and of course it’s your choice of gas that creates the motive force to drive your GBB along… or see it fail horribly in a cloud and spray of vapour! So, with this in mind, what did Bill have to report on today, especially as it’s the “formal” release day for the new VORSK VX-14?

“Marcus and I are keeping up with our resolution so far this year (c’mon, we’re only a couple of weeks into 2023!) which is to meet once a week at his range to work on our somewhat-rusty target shooting skills; it’s also giving me, and us, the opportunity to check out new GBB pistols on the “short range”, and this morning was particularly tough on the models we had to shoot, the VORSK 5.1 Split-Slide that we’ve both fallen in love with for our target practice, and the new VX-14 REQUIEM!

I wrote about the new REQUIEM model in the CURRENT ISSUE OF AA, and I have to say that I already love it, but today is also the day that the regular “combat model” of the VORSK VX-14 has appeared on their website, and soon it’ll be in-store too!

We’ll be shooting the regular VX-14 on Saturday and reporting back in ISSUE 147 (Feb 15), but for now I’ll concentrate on the REQUIEM as it’s what I’ve been shooting, and I love it more and more, especially with the extended inner barrel and suppressor in place. This morning put me up to iro 600 BBs through the pistol, and as it was SO cold down in THE PIT we upped the ante by shooting .30g on VORSK V12 FUEL, and ooh baby, did it kick butt or what???

With normal green gas we were experiencing almost immediate cool-down and a subsequent drop in performance from both the REQUIEM and the Split-Slide, but upping things to 220psi V12 kept things rolling for MUCH longer, and by swapping our mags in and out of our pockets we were able to launch a meaningful number of BBs downrange consistently. The REQUIEM is a proper nail-driver too, with my first shot of the day nailing the centre “black” on the paper!

The Split-Slide also performed excellently on V12 FUEL; a few of you have asked me after last week’s range post about using V8 FUEL (and potentially V12) in regular plastic-slide GBB pistol models… JUST DON’T, OKAY? It’s not recommended by the creators or by us for this type of pistol, and you could easily end up damaging some models (including some less-durable metal-slide postols!) that aren’t designed to handle the sheer cycling force of this “fuel”… you have been warned!

So, moving on, next week we’ll be sticking with our VORSK 5.1 Split-Slides, but also having a first look at something else interesting too..”

With the VX-14 hitting stores this week be sure to check them out on your next visit to your local VORSK stockist; as Bill said, a few of the AA Crew will be checking them out this weekend, so keep your eyes peeled for their evaluation soon!