Home News Monday Gunday – Get Your “DEAGLE” On! 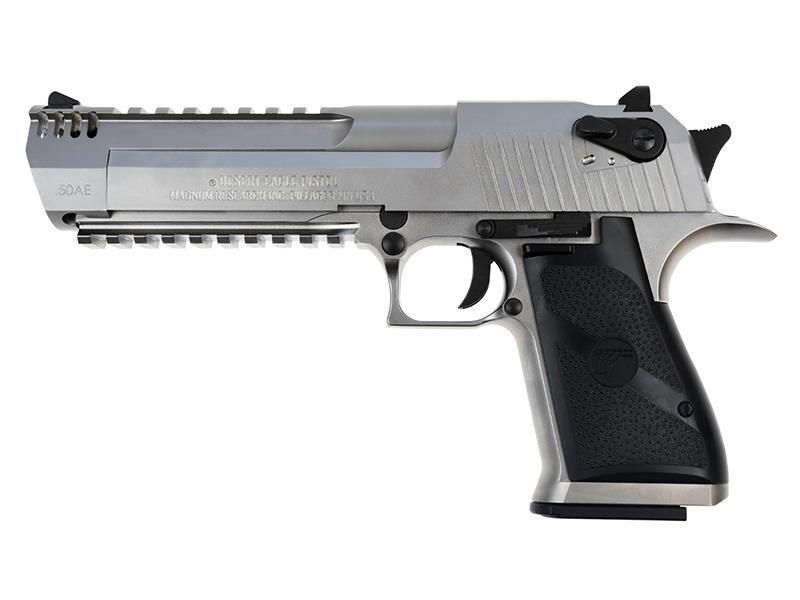 Okay, let’s kick off the week with a BIB BADDA BOOM as the good folk at iWholesales have given us the nod that they currently have a wide range of DESERT EAGLE models now in stock from the likes of WE, Cybergun, Tokyo Marui and even Armorer Works and that stock should be getting out to their retail partners right about now!

The iWholesales team tell us;

“If the word overkill puts a smile on your face, if you need to destroy your target and everything immediately around it with complete disregard to subtlety, if stealth is nothing more than an afterthought then you have found your perfect match for a side arm with the legendary “DEAGLE”!”

Developed in the late 1970’s / early 1980’s, Magnum Research and Israel Military Industries (IMI) wanted to venture into the magnum side arm market that was mostly dominated by revolver style weapons. The rifle style gas system of the Desert Eagle allowed for use of high pressure / high power cartridges that traditional semi-automatic pistol designs could not handle handle; designed as a self-loading pistol that can shoot powerful magnum rounds, it was designed with a gas-operated rotating bolt mechanism more akin to self-loading rifles rather than pistols. While it is not the first self-loading pistol capable of firing such powerful rounds (see the AutoMag!), it is undoubtedly one of the most well known, and perhaps one of the most famous models of any pistol to appear on screen; c’mon, who doesn’t fancy joining the “big guys” like Arnie in “Commando” or Dolph in “Universal Soldier” for some serious action, and even “Colonel Shikishima” had one in “Akira”!

Easily one of the most recognisable and most iconic semi-automatic handguns of all time, this pistol has been featured in numerous movies, TV shows, and video games. It is easily one of the most intimidating pieces of hardware any airsofter can carry for their side arm, and we know that there’s a whole army of devotees out there.

With licences and trades in place on most of them, and some interesting “takes” from the likes of Armorer Works now seems like the perfect time to delve into “DEAGLE-WORLD” again for some righteous airsoft FUN!