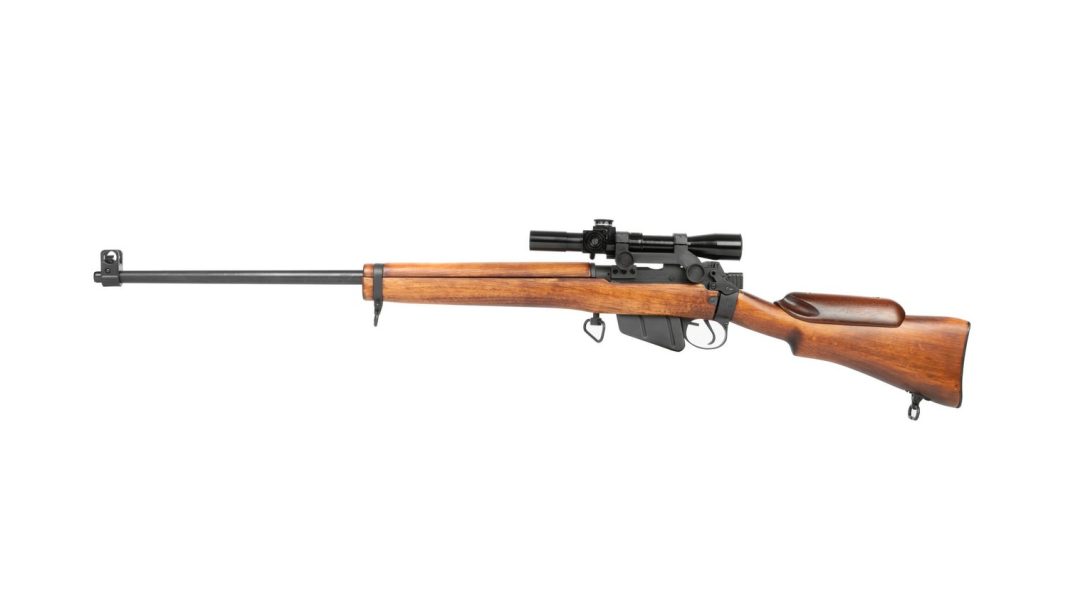 Although these days Airsoft Action is a magazine with a global readership, there are some replicas that arrive with us for test and evaluation that have 100% British provenance, and one that we’ve been eagerly anticipating is the L42A1 SNIPER RIFLE from ARES!

This is a massively important rifle for us, as the when the 7.62x51mm round became the NATO standard, Britain of course adopted L1A1 SLR as the issued infantry rifle, but at the time of this introduction the venerable Lee Enfield .303 No4(T) rifle remained in service for the sniper role even though its ammunition had been declared officially obsolete! To fill this role the L42A1 7.62×51 mm NATO sniper rifle was developed from that excellent WWII-vintage .303 rifle and consisted of a carefully selected and modified No4 service rifle mated with a No32 telescopic sight!

We were very privileged to be able to get “hands-on” the new ARES WWII-vintage Lee Enfield No4 and K98 thanks to our friends at iWholesales (you’ll find that report in our “Normandy Special” Issue HERE) and thanks to them we’ve also been able to get our hands on the only ARES L42A1 sample currently available in the UK!

We are 100% keen to get this out for some thorough range-testing before reporting back… watch our social media channels for updates as we put this beautiful airsoft replica through its paces, and we’ll be publishing our findings in Issue 142 when testing is complete!