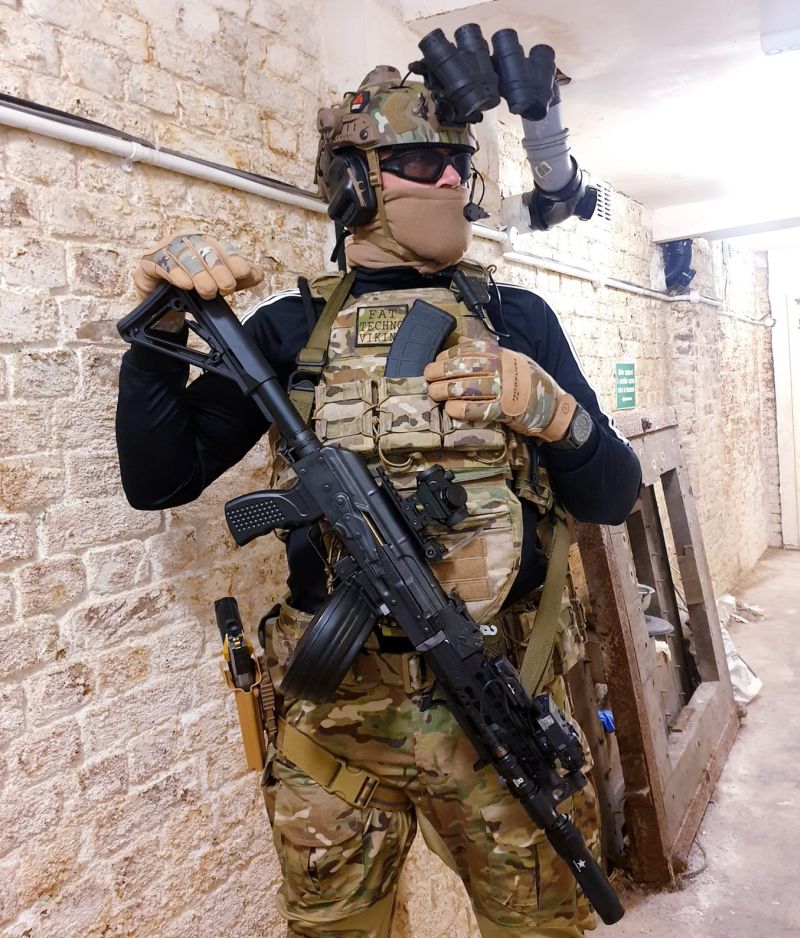 Oh, now don’t we all want Something For The Weekend (SFTW!) that’s new and interesting, and as we kick into a fresh new month rangework continues unabated with some of the latest AEG and GBB models that will be hitting the stores soon!

Bill tells us that “I have my work cut out to complete the required rangetime for the upcoming reports on the ICS MK18, the SAIGO KYUDO, VORSK HI-CAPA and the CANIK TP-9, as well as getting some wargaming in” and as he’s literally just recieved the ARES L42A1 we think he’ll be loving every moment on his woods range as he puts all of these cracking platforms through their paces!

But he’s not alone as Jimmy is working with the ARES AS36 to see just what performance-levels he can get from it, whilst Stewbacca reported in to say that “This weekend, I will be mostly running the gas powered Lee Enfield No.4 Mk.I SMLE the good folks at G&G sent me this week! We’re also having a BBQ for our Russian team mate’s birthday afterwards, and if I have time I’ll drop by Linkou CQB to chat to the Polar Light folks – who also largely overlap with and run the IDPA side of things here – about their uptick in civilians seeking shooting and medical trauma training courses with them in light of the Ukraine and PRC/Taiwan situation as of late…”

Boycie as usual is “working on some targetry items for work. This will allow us to utilise the T4E markers for practical night!” and Dan says that “since it’s looking like we’re going to be sitting in the low 100’s temp-wise, I’ll be sitting out the game this weekend and working on some of the guns that have been waiting to be upgraded. I finally got in our Classic Army KAC LMG (Stoner 96) for a customer who’s been waiting ever-so-patiently. So that’s what I’ll likely be trying to get whipped out since it took over 94 days to arrive here, sadly 86 before it actually left Hong Kong!”

Miguel and his fellow GHOSTs are entering their summer recess, and a few of the AA Crew are away on hols or taking some well-earned downtime between Issues, although Larri tells us that “As usual I will be playing CQB with friends today, mostly old pals and 1-2 newcomers. On Saturday there is another SpeedQB competition and I will visit the event and meet some new teams too!”

We’ll round out with Jimmy again though, as he told us “my weekend will kick off tonight (Friday) as it will be our 25th anniversary, so a spot of food somewhere then a trip to the cinema! Saturday it is my birthday too, but I’ve no plans on that front as yet. Sunday however I shall be visiting a local site, Cool Under Fire for some light airsofting where I shall be running my JG G36C (yes, my weekend will be G36 heavy!). The JG was actually the first rifle I worked on all those years back and has never actually seen a game up until now, so it’s really never been tested properly… so that should be interesting!”

We’re sure that you’ll join us in wishing Jimmy a very Happy Birthday and Anniversary, and wherever you’re playing yourself this weekend, remember to HYDRATE, and as always Play hard, Play safe, and above all Play with Honour!