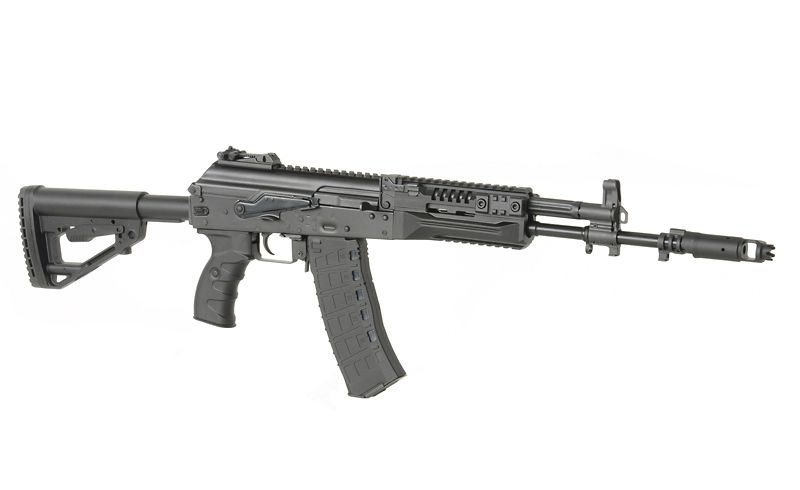 In the current issue of Airsoft Action the Red Cell Crew updated their findings on a number of “tactical AKs” and would you believe it, the ARCTURUS AT-AK12 supplied to us for long term testing by the kind guys at TAIWANGUN has just been updated!

The new AT-AK12-PE 2-BURST MODE READY model has just hit the store with our friends over in Poland, and this is the very latest version of the rifle to come from the new ARCTURUS PE (Performance Enhanced) series with an additional 2-Round Burst Mode!

So, okay, that’s a lot of “new” right there, but you still also get a LOT of steel in the form of the receiver, dust cover, receiver cover latch, safety lever, trigger, trigger guard, magazine latch, bolt carrier, folding stock latch, gas tube, gas port block, front sight base, folding rear sight and flash hider, with some smaller parts, including the outer barrel made of aluminum and light alloys. The unique butt stock, pistol grip, magazine, and handguard are made of reinforced polymer.

We know that the older version of the ARCTURUS shoots fast, well, and accurately, it’s built like a tank, and it’s a great length for both CQB and woodland use, so with the new burst function this is probably as close as you’re going to get to an AK-12 service rifle without going the custom gas route!