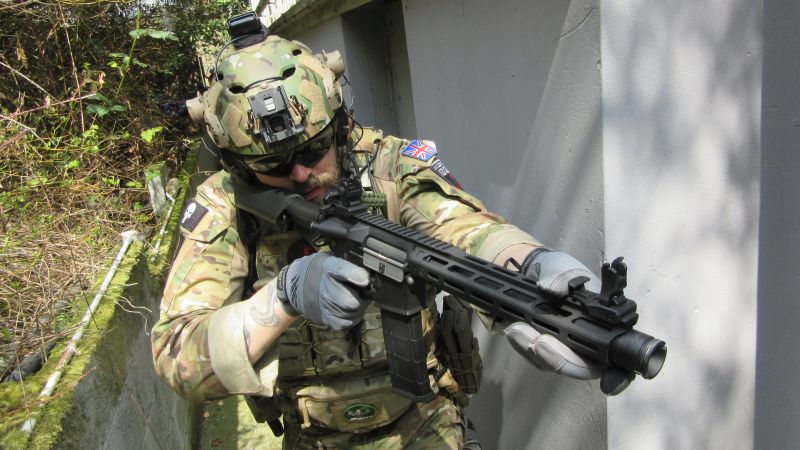 Another week has whizzed on by, and what a week it has been at AA HQ in the UK!

It would seem that the unreasonably-for-the-UK weather has got the better of many of the crew, and although we kept on cranking it’s left many somewhat drained with a weekend ahead… much to the amusement of many of our Legion members who are quite used to such conditions and play in them regularly!

It’s also our “down weekend” following a new issue, where many of the crew catch up with “IRL” before we get to work on Issue 141 on Monday; this has all the contents lined up already and it’s looking to be just as “meaty” as ever… we know what you expect from us now, and we fully intend to live up to expectations…

For some though it’s business as usual as Bill will be on the range again with that lovely new ICS Mk18 and the latest VORSK Hi Capa 5.1, and Jimmy will be in his workshop a-fettlin’ projects as usual, although he says that he will be “tidying the gun room up as it looks like a bomb has hit it” (as well as featuring in this weeks post with the EVOLUTION RECON)!

Boycie tells us that he’ll be “helping coach shooting skills on the range though so it’s not all bad!”, whilst Stewbacca reports that “I was planning on joining my team as usual in Xindian but last week Military Anny invited me along with her to check out a new site in Taichung that she’s interviewing folks at for her own blog, so I will head down on Saturday evening direct after work and stay overnight to check it out early doors the next day. I’ll probably do some photo work and dabble in a few of the games as it sounds like a big site which they’re separating into a competitive game which then feeds off into a general skirmish in the other area as teams get eliminated and whatnot. There might even be an article of it for a future issue perhaps!”

Miguel reports that “this weekend we are allowed to play again (praise the Airsoft Gods!), so we are attending an event called “Pirates Bomb” close by. After that we will start our summer break until the end of August!” and Larri checked in to let us know that this weekend he’ll be “celebrating the 11th anniversary of my airsoft team! This weekend we have a CQB party with four participants mixed with members and new friends!”

And last but not least Dan messaged us from the USA to say that “it’s my dad’s birthday this weekend, so no airsofting for me. Aside from which, we’re looking at high 90’s temp-wise for the game this Saturday, so I’m happy to sit that one out!”

So, it’s a big Happy Birthday from all at AA to Dan’s dad, and it looks like the UK crew are not the only ones taking cover from the heat!

Remember if you are playing this weekend to hydrate, hydrate, HYDRATE, and as always Play hard, Play safe, and above all Play with Honour!