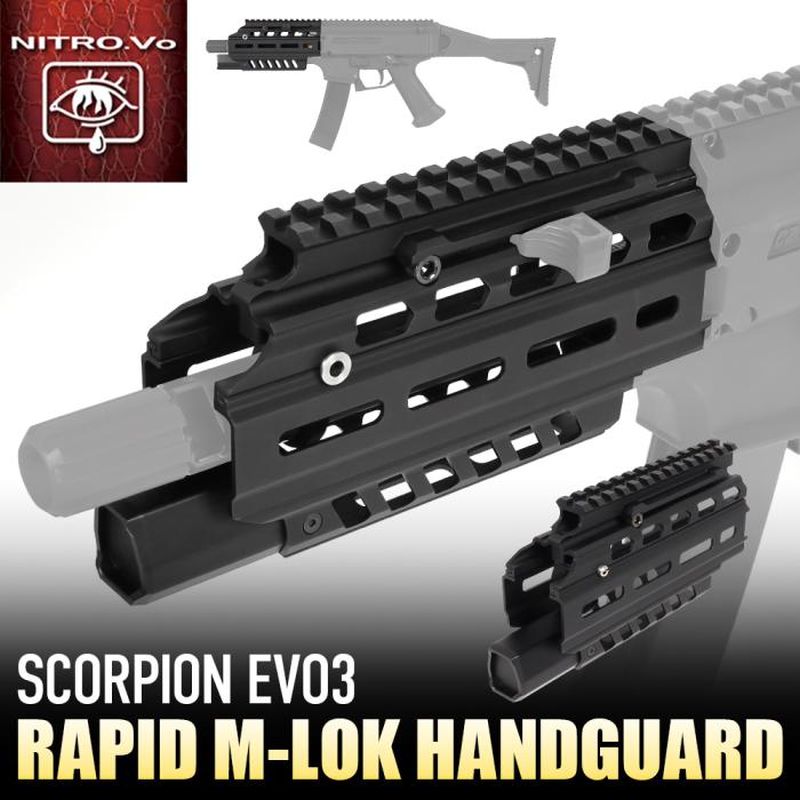 As much as the EVO has been around for a while now, it’s still an insanely popular little AEG, and those that own one LOVE IT, including a few members of Red Cell!

But one of the problems with the EVO has always been battery storage, and our friends over at LAYLAX and TITAN have come up with a solution that not only works well but one that looks absolutely bomber too!

The SCORPION EVO3 RAPID M-LOK HANDGUARD has been created with the ease of battery space and installation in mind. It will easily fit most batteries including a TITAN POWER Lithium Ion stick-type battery.

And there’s more as you no longer need to remove the outer barrel assembly and battery changes can be super-fast as it is as simple as removing one pin and sliding off the lower for easy access to the battery bay, so you can stay in the fight longer with your choice of battery!

We’re counting down now to MOA and SHOT seriously now, and of course we’re really looking forward to seeing what new things LAYLAX and TITAN have to show!