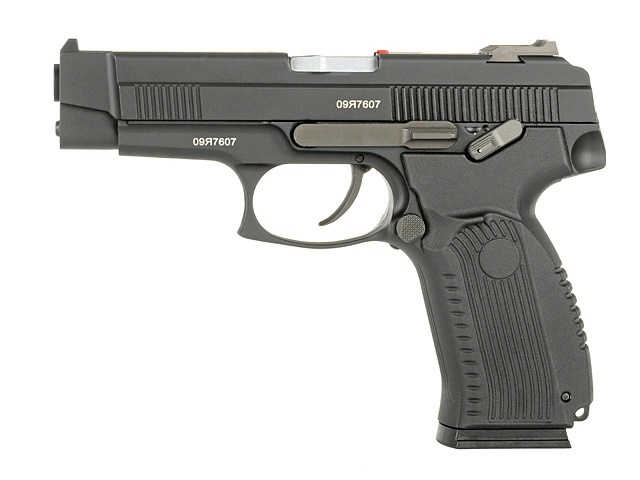 Way back in the dark lockdown days of December last year we got all excited about the OPFOR possibilities of the RAPTOR AIRSOFT MP-443, but we’ve had to wait a while to get our hands on one to evaluate! We’ve heard varying reports on the performance this much-needed OPFOR GBB handgun option, but as always we’ve reserved comment until we’ve beasted one on the range ourselves, and thanks to the team at iWholesales, that time is finally NOW!

To recap for those of you not into your “Modern Russian” kit, The MP-443 Grach or “PYa”, for “Pistolet Yarygina” is the Russian standard military-issue sidearm that’s been in service since 2003. It was developed under the designation “Grach” in response to Russian military trials, which began in 1993. In 2003, it was adopted as a standard sidearm for all branches of Russian military and law enforcement, alongside the Makarov PM, GSh-18, and SPS.

And the new airsoft GBB version of the pistol comes with good provenance; RAPTOR Airsoft was established in early of 2017 in Kaohsiung, Taiwan, to produce airsoft guns & OEM projects, and some of you out there will know them in their prior incarnation as TWI who made some really cool airsoft accessories. Previous airsoft models from them include the SV-98 Bolt Action, and the PKP Tactical and Bullpup AEGs, so they obviously have a bit of a “thing” for OPFOR!

The RAPTOR MP-443 Grach is a faithful replica of the military firearm and features all the same controls and details, and is made of aluminum using CNC machining with an anodized finish for anti-corrosive and mechanical surface protection. This pistol does not come with an accessory rail as standard for mounting of lights and lasers, so you will need to purchase a compatible accessory rail with it for the full package.

Now we’ve had The Grach in our hands for the first time though we can only tell you that it feels great, and that the action is smooth and positive (although the safety is a little “sticky”, but hopefully that will ease up with use); now of course we’ll be getting it out for a few range sessions, and will report back in due course!

A-TACS FG IS BACK!