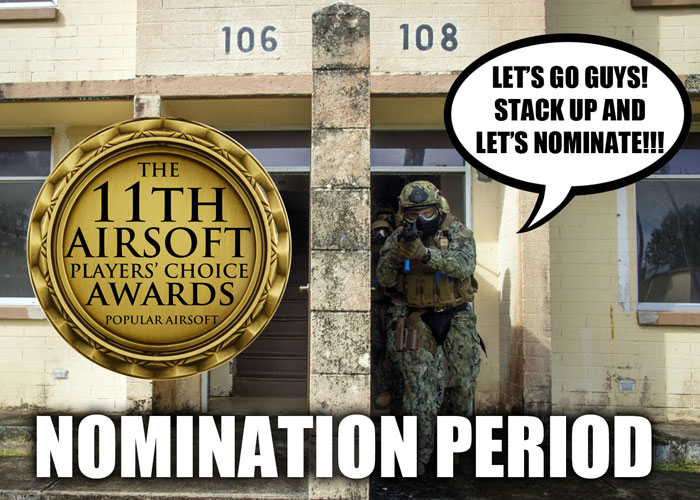 As you all know we’ve given the shout out for you to support Airsoft Action with your kind nomination for “Best Airsoft Magazine Print or Digital” in the 11th Airsoft Players’ Choice Awards that’s run each year by the guys over at Popular Airsoft, and they’ve told us:

Will there be a shake up this time, with new finalists announced when the Voting Period starts next month? Perhaps, since it’s always nice to see new names come up and give a tough fight to the perennial winners, a position that Airsoft Action have been in before and will fight to claim again! As for the familiar names that we see in the awards process, they’d better make sure they can hang on in there and protect their titles!

If you haven’t yet placed your nomination, both for Airsoft Action and all the other great contenders, then head on over to Popular Airsoft to cast your vote and make your voice heard!

You can find the official nomination page HERE