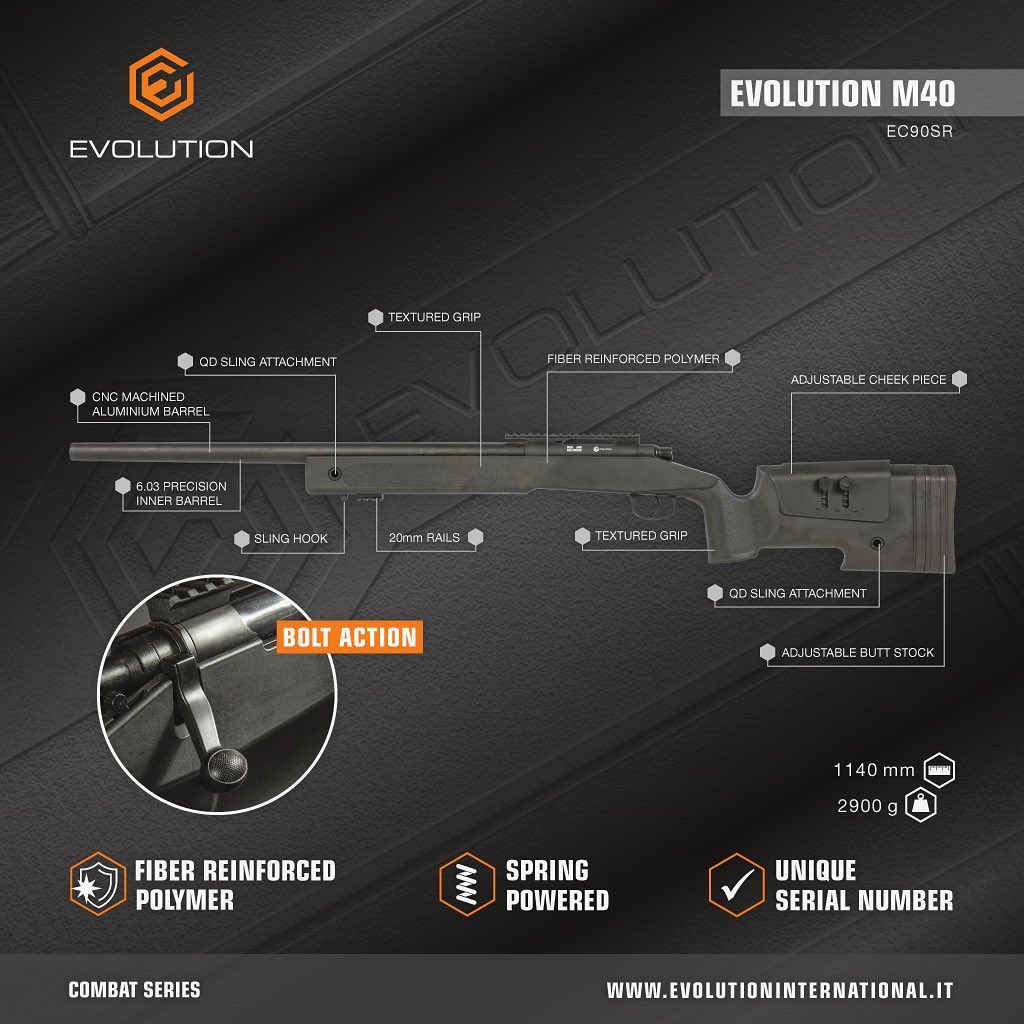 Evolution International keeps expanding their range with the addition in their Combat Series of an exciting bolt-action rifle, the famous M40.

The M40 rifle is a bolt-action sniper rifle used by the United States Marine Corps, and the original was introduced way back in 1966, and probably most famously used by the legendary Carlos Hatchcock during his second tour “in country” during the Vietnam War. The changeover to the A1 model rolled over into the 1970s, the A3 in the 2000s, and the A5 in 2009.

Development of the M40A3 began in 1996 and concluded in 2001, when it was placed into service during Operation Enduring Freedom. It served in Operation Iraqi Freedom and other subsequent conflicts. Though its designation would remain M40A3 until 2009, its exact configuration varied with time, but it was most regularly seen with a 6–9″ Harris notched swivel type bipod and the M8541 Scout Sniper Day Scope…

Evolution have produced a worthy airsoft replica of the venerable M40A3 bolt-action rifle with some great features that include:

Available in black, tan or OD green this looks to be a rifle that would fit nicely into the airsoft version of Precision Rifle Shooting (PRS) that we posted about on Friday, and it’s an area that we’ll be getting into later in the summer with Red Cell, so if your prefer the accuracy of a bolt-action rifle over the field-expediency of an AEG, then the latest model from Evolution is most certainly going to be worth a look!