Evolution International in Italy have been in touch to let us know all about their latest release, and that’s the next installment in their own ETS program, the GHOST 2 E.T.S.II!

We’ve covered the forerunners to this new release, and have a couple of the existing models in the ongoing Red Cell Test Program, and thus far they have performed excellently. Evolution International is a very dynamic company with a strong ethos of “in house” Research and Development. It was the first Airsoft manufacturer to release an AEG with electronic functions fully programmable via the trigger, and the first manufacturer to launch on the market a “Smart Airsoft Gun” with tens of advanced functions readily available out of the box.

At Evolution the keywords are “simple and easy”, and this this is the secret behind the worldwide success of the AEGs that use the E.T.S.as their engine. They told us that they were ready to break the mould again, and have now released information on what their engineers have been working on for more than a year.

As you well know, a few months ago they started talking about the “Smart Airsoft Gun” concept. The technology behind the Evolution’s AEGs reached a high level of complexity and sophistication where the amount of technology, design and development process is more similar to the one of a Mobile Phone than an AEG! 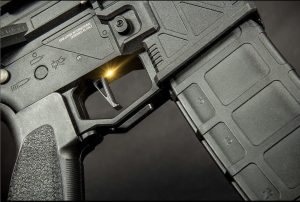 The iconic design of the Ghost incorporates the essence and spirit of the Evolution brand with which they aim to set a new trend in the industry. For those who don’t already know  the Ghost body and the EMR Evolution Modular Rail hand-guard have been designed in Italy in Gardone Valtrompia by a real gun engineer that worked directly with Evolution International’s designer.

After a number of teasers there’s already quite a debate going on as to how exactly the new AEG will differ from what came before, and t in honesty we can’t (and won’t) answer that until we’ve had the new model in our hands for testing.

However, we will be meeting at IWA in Germany with the team from Evolution International, and we are very much looking forward to seeing them and to learning more about their plans for the remainder of 2022, and of course we’ll report back in full in Issue 136 on March 15th! 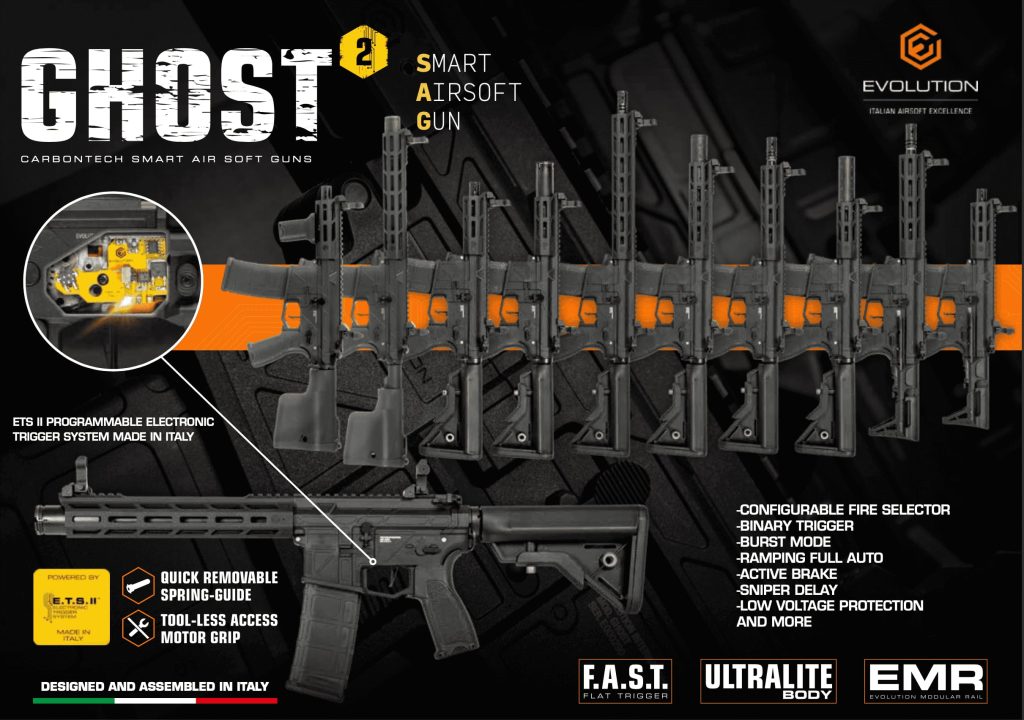