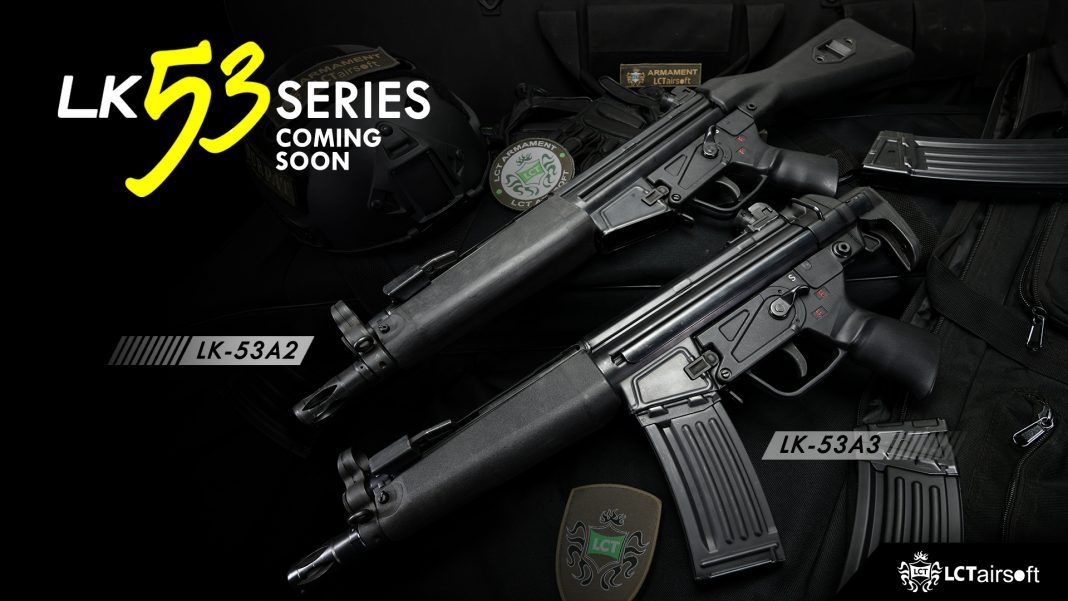 Back in Issues 117 and 119 (available here on the website in “Back Issues”) we had a long, hard look at the (HK) LK-33 from LCT and it has to be said that we loved the AEG, and also loved LCT Airsoft’s latest direction featuring some absolutely fantastic cold-war era warriors!

And certain members of the AA crew are lovin’ LCT just a little bit more than we did before (if that’s possible!) as they roll out yet more models in this “family”, this time the LK-53A2 and A3!

Bill said of the LK-33 in his “RELOADED” article;

“Everything about the LK-33 is solid… and I mean SOLID. Like rock solid. Like solid as a solid thing from Solidsville! Okay, you get the picture, this thing is built like the proverbial brick outbuilding, in the majority from steel, with not a groan, squeak, flex, or indeed any movement, of any kind, anywhere! Now I’m no stranger to real firearms and I can say with my hand on my heart that this is genuinely the closest thing to “real feel” in AEG form that I have had the pleasure to come across, and when you pop the magazine in, it looks and feels absolutely brilliant… Given the “real-like” feel, the quality, and the outright “BB performance” of the review sample this is most definitely a rifle to own and cherish, and if you like a bit of “old school” that’s just a bit different, then you really should get your hands on an LK-33 from LCT Airsoft.”

Coming from that same family we’re expecting the “53” models to be of the same “LCT Quality”; we’re delighted to see this variant and we’re sure that other airsofters and living historians with a an understanding of UK Special Forces will be too as the HK53 has some “legs” when it comes to completing certain themed loadouts! UK Elite Forces tells us:

“It’s believed that the Regiment uses/has used the HK33KA3 carbine variant for close protection (body guarding) duties, usually keeping the rifle in the vehicles… The HK53 is essentially a cut-down HK33. It features an 8.3 inch barrel, and a MP5-style forearm. The HK53A3 version features a retractable buttstock. Chambered in 5.56mm x 45mm NATO, the HK53 packs a substantially heavier punch than the 9mm MP5 without being much bigger. With the right clothing, the HK53A3 could be carried as a concealed weapon. The short barrel does, however, result in a reduced muzzle velocity and therefore a shorter effective range when compared with the HK33. The SAS used the HK53 in Northern Ireland….The HK53 was also used by 14 Int (or ‘Det’) operators during The Troubles. Some Army Air Corps helicopter pilots carried a HK53 as their personal weapon while flying sorties in Northern Ireland. HK53s were also employed by the various close protection (bodyguard) units within the British military, including Close Protection Unit Royal Military Police and Royal Marines Police Troop, and (was) eventually replaced by the C8 CQB carbine”

So, you can begin to see why these models are so important and special to us, but just like other “LK” models we’re certain that with LCT’s ongoing “Modularity Program” there’ll be a whole heap of airsofters out there that will love this as a short, thoroughly different AEG!