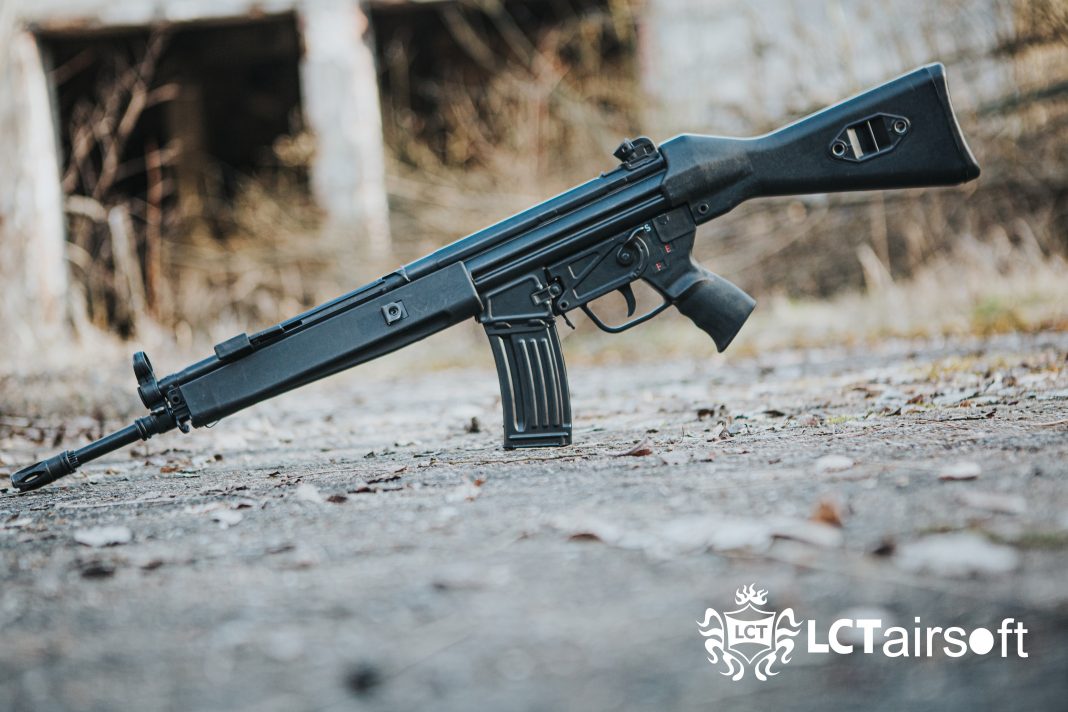 It seems as if many airsoft manufacturers have taken the additional time given to them by the current pandemic to really forge ahead with some projects that have been in the offing for a while, taking them quickly forward from concept to realisation, and LCT Airsoft have done just this with their LK33!

This will come as great news to many who enjoy “historically themed” airsoft, but also to players who look for something other than the ubiquitous “AR” to create their loadout around.

Developed in the 1960’s and building on the success of the Heckler & Koch G3 design, a family of small arms was created using the G3 operating system and design for commercial sales. Models were chambered in 7.62×51mm NATO, the Soviet 7.62×39mm M43 round, and the intermediate .223 Remington and 5.56×45mm NATO, and there was even a model chambered for the 9×19mm Parabellum pistol cartridge (seems the “Pistol Calibre Carbine” is not such a new idea after all!). Commercially the HK33 was a successful design but sadly this did not correspond to global sales.

Interestingly, a copy of the Heckler & Koch HK33 was built under licence by Harrington & Richardson as T223 during the Vietnam War; although heavier than the M16, it was used in small numbers by SEAL teams due to its 40-round magazine. This will certainly open it up to not only players, but also to collectors, so it seems that LCT have picked another great firearm to replicate in 6mm form!

Slated for release this month, with both full and sliding stocks from the images we’ve seen so far, this is another AEG that we look forward to getting on the range, and we’ll report back when we do!