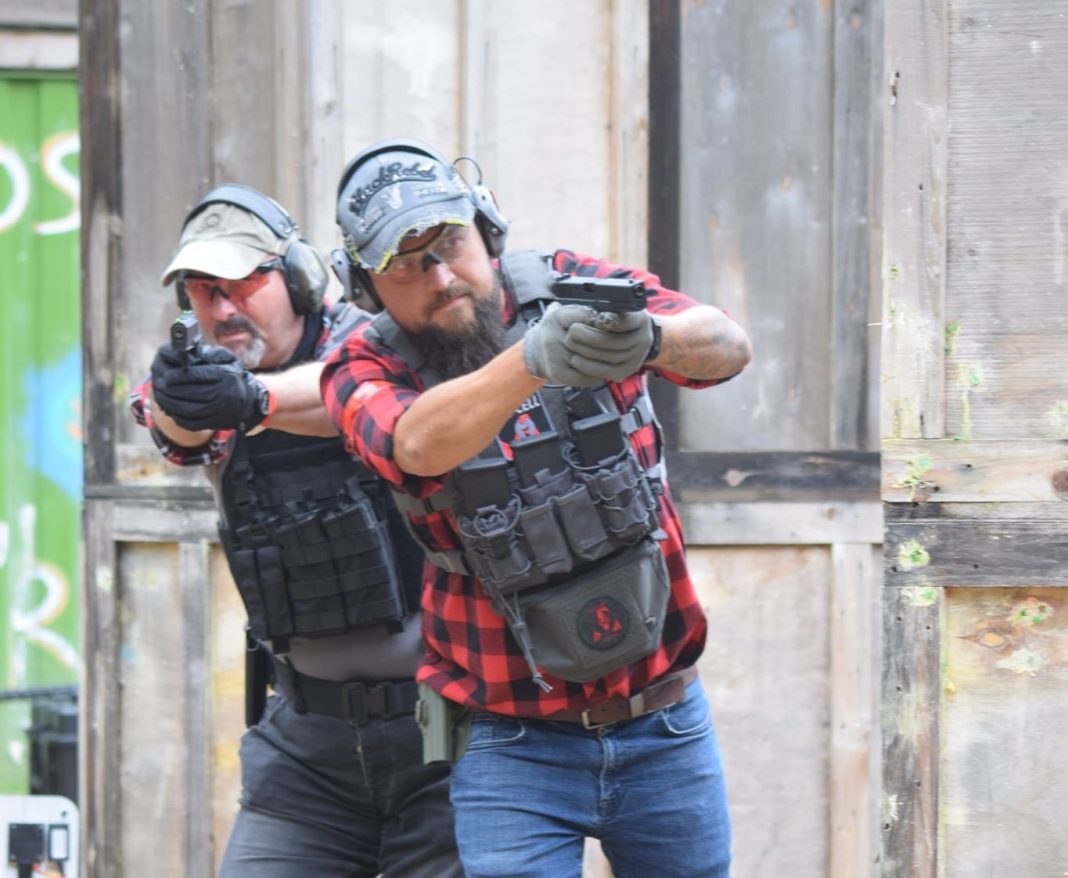 So, another weekend coming at ya, what are your airsoft plans???

It’s been a busy week for the AA Crew following Issue 139 going live, although the week after publication does allow us a little time to put some more plans into action too! Here in the UK it’s been a glorious week so Bill has been spending some time under canvas (actually make that 210t 100% polyester ripstop with (5000mm HH) waterproof polyurethane coating!) to test out some new sleep systems, lightweight cooking options, and even some new “pack food” menus; he’ll be reporting back on these in due course, and this weekend he’ll be out building bashas for our next installment of Tactical Outdoor Development!

The rest of The AA Legion have been busy too, and as the weekend approaches it looks like the usual mix of games and rangetime ahead!

Larri in HK tells us that he’ll be at “CQB as usual, trying to bring more new players to the hobby”, whilst for Stewbacca in Taiwan it’s “Xindian in the South of Taipei again (where I filmed my Popular Airsoft skit) for some more LK53 EBB testing and perhaps run the PSG-1 again, followed by a visit to a military families housing complex / museum for a local militaria show.”

In the UK Chris tells us that he’ll be playing at “Battle Lakes Saturday”, and Jonathan in Ireland will be “working both days Marshalling my usual bunch of excellent regulars!”. For a little change, Dan in the USA reports that “I’ll be attending our first ever western-themed (early 20th century, to be specific) event “Mesquite”. It’s going to be restricted to largely period correct dress and firearms used then, so bolt actions such as the Kar98k, Springfield 1903, Mosin, etc., lever actions, revolvers, early pistol models like the 1911, C96 and Luger are allowed. I’ve never been huge on themed events, but this one is getting me excited as it will be quite a change of pace from the usual MILSIM stuff that’s always around!”

Boycie will be on the range “doing some skills practice on Saturday using the aluminium plates which give a lovely clang when you hit them!” and Jimmy is mixing it up as he tells us “this weekend I shall unhook the leash from my work bench! Something a bit different, I shall be marshalling the local MX track on Saturday, another of my favourite places! Sunday though is game day at Cool Under Fire where I shall be putting to the test my ghilie suit which I have toiled over for the past few weeks in the hope I have created an effective piece of gear. I shall also be testing the VSR10 again after a few tweaks and revised parts. Along side this I shall be fielding a LCT AK74 which has been fitted with a Redline HPA system; I wasn’t happy with this to start with, so fingers crossed all the work I have done on that will pay off and work how I imagine it should..”

And last but not least we hope you’ll join us in wishing Bill W-R a huge “Get Well Soon” as he’s currently laid up in hospital! Feel better mate, you’ll soon be home!

That’s it for this weeks roundup, but as always as we sign off for another week we’ll just say Play hard, Play safe, and above all Play with Honour!!!