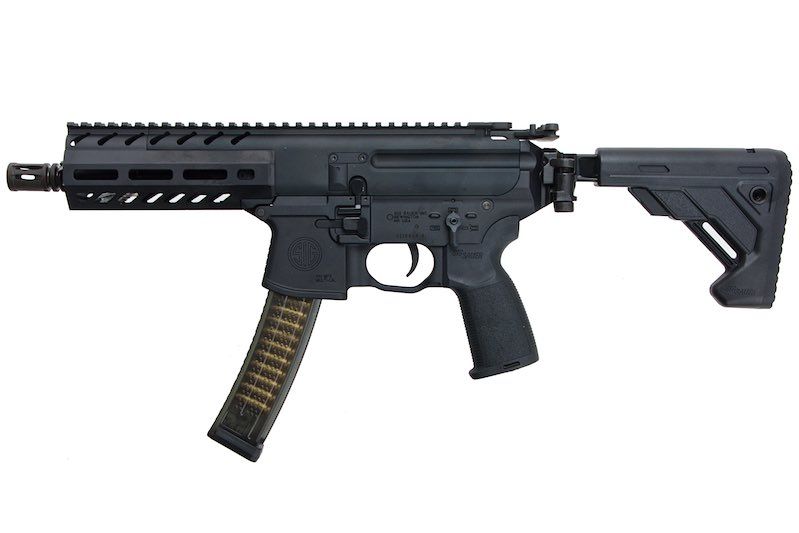 Okay, you could say that the excitement level is high for certain members of the AA crew given that RedWolf have now advised that the SIG AIR MPX is now available from pre-order!

The MPX as we know it was released in 2015 and is a gas-operated SMG designed and manufactured by SIG Sauer and it’s primarily chambered in 9mm. The MPX is a modern take on the SMG platform and takes inspiration from the AR15 / M4 platform as its controls and operation is laid out similarly. Among the current crop of “PCCs” this is most definitely a model that’s going to tick all the boxes for many players, us included!

RedWolf tell us that;

“The MPX from SIG AIR has been a highly anticipated airsoft gun that many players around the world have been waiting for, ever since SIG announced that they will be entering the airsoft market. This airsoft version is 1:1 scale and features all the same controls, operations, and markings as the real steel counterpart.

Externally the gun has a solid build quality and it looks as if it’s a scaled-down version of the MCX. It features a 14mm CCW threaded outer barrel, foldable and telescoping stock, and rear picatinny rails for the mounting of other compatible stocks. Interesting note, you can interchange the stocks between the MCX and MPX as in the real steel world, that’d how they are marketed! If you are a user living in a country where you have access to real steel accessories, they will also plug and play with the MPX, exactly like they do with the MCX.

Internally the MPX features a version 2.1 gearbox, same as the one found inside the MCX. Its battery is wired to the front of the gun and its inner barrel is 168mm long.”

We can also see that the feature set is solid;

All in all this looks to be a solid addition to the SIG AIR AEG line, and just as soon as we can lay our grubby hands on a test sample we’ll be letting you know what we think!