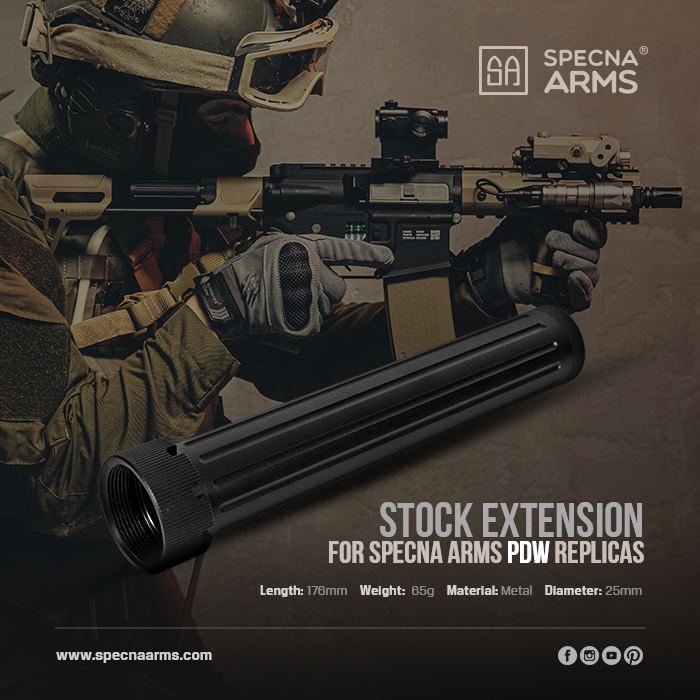 Come on, let’s face it, who amongst us with a PDW hasn’t struggled at one point or another to fit the battery they want into their AEG?

Well Specna Arms have recognised that this can be an issue and we’ve seen that a Stock Extension for their PDW replicas has just appeared in the GUNFIRE Webstore, so we can finally say “adieu” to all that fiddling and finally use the power sources that we like and favour!

As we already have their super little SA-E21 PDW model lined up for some abuse from Red Cell (in fact it’s already had it’s first game outing!) we’re very pleased to see this useful accessory, and we’ll most certainly be giving one a run-out when we do our “PDW Shoot Day”, so watch for updates when we’ve tried it!