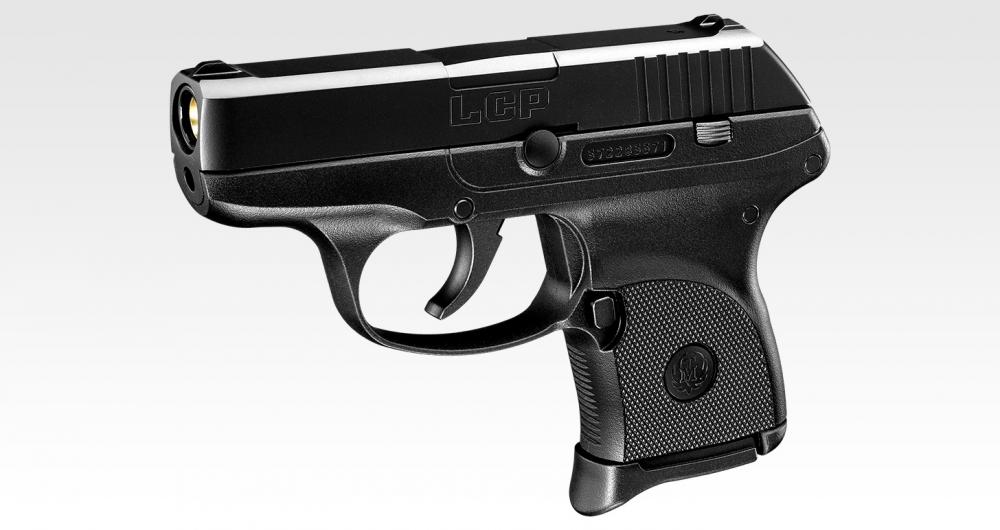 Sometimes you just HAVE to love Marui, don’t you? Whilst they are beavering on with their recoil shock models at the top-end of the market it would seem that they haven’t forgotten the fun aspect of airsoft as their take on the little Ruger LCP is hitting stores now!

The LCP was launched by Sturm, Ruger at the 2008 SHOT Show and is quoted to be the “perfect backup pistol”; weighing in at just 9.4 oz (266.5 g) this was Ruger’s first foray into the field of tiny, ultra-light defensive pistols. LCP stands for “Lightweight Compact Pistol” and was designed in direct response to user requests for a compact firearm for use by police as a back-up, and as a defensive handgun for civilian concealed carry needs.

● Slim Silhouette : The proper features and compact nature of the LCP have been replicated as closely as possible

● One Trigger Pull Action : Being a NBB replica the LCP operates by simply pulling the trigger (double action)

● Long Range : Despite its compactness, short inner barrel (66mm) and relatively low velocity, we’re told the LCP has a little bit of that old “TM Unicorn Dust” when it comes to range, with a fixed hop up system using Marui’s legendary hop bucking

● Silent Mechanism : The LCP operates almost silently, so it makes it a perfect pistol for a backup where you may need to get out of a sticky situation quietly and quickly!

● Metallic Mechanism : The internals are mostly metal for better longevity; this also adds weight to the replica for a more enjoyable handling

All in all the LCP looks to be another righteous little handful like their old Detonics (which we love!), and it’s lovely to see something from TM that again puts the “F for FUN!” back into airsoft!

Thanks to our good friends at Fire Support for letting us know that the new LCP is now in stock with them!