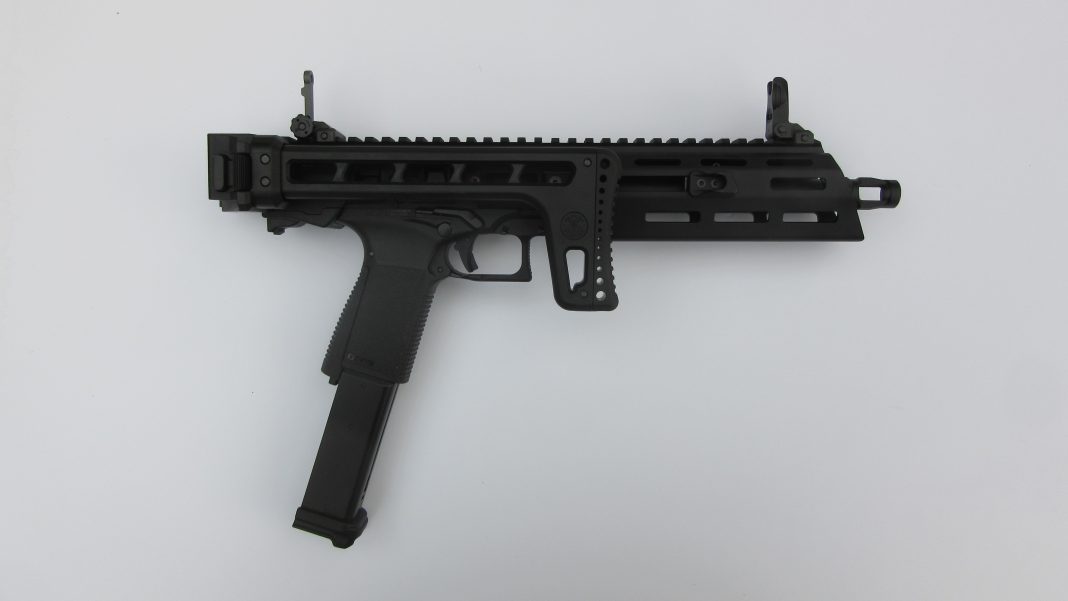 Back in Issue 112 of Airsoft Action we took a first look at the rather nifty little SMC9 from G&G Armament, and since then we’ve had it on the range numerous times for further “torture testing”.

In his review Bill concluded:

“So, has the SMC9 that G&G have been teasing me with for so long been worth waiting for? Oh yes, it has, it 100% HAS! Although this is classed as a carbine, and indeed what many have referred to as a “carbine kit” as it essentially contains the GTP9 as the “driving force”, it is so much more than that. I would put the SMC9 firmly into SMG/Machine Pistol territory and if like me you love an Uzi or an MP9 then you are going to downright love the little G&G! For now though I’ll conclude by saying that I do completely love the SMC9, and I sincerely hope that G&G will make further additions and steps forward with this hybrid style of platform; they obviously have the tech know-how, have nailed performance in terms of gas efficiency and range, and have wrapped that all up in one superbly attractive package. What’s not to love?”

Once you’ve set the “muzzle hop” with the clever little tool that you’ll find secreted behind the pistol grip to your chosen weight of BBs (0.25g worked fine for us!), at 10m it’s deadly accurate on semi-auto which makes it an absolutely ideal CQB tool, but you’ll still be happily hitting your target at 30m plus! With .20g BBs in the mag on the chrono we recorded a perfectly playable 1.04-1.07Joule/335-340fps over the course of the magazine on NUPROL 2.0 “Green Bottle”. Please be aware though there are different SMC9 variants for different countries to fit with legal and site-imposed power limit variances, so do check on this carefully with your favourite shop before you buy!

The SMC9 is now dropping into retailers, so if you fancy something small yet effective we’d recommend you give it a try as soon as you can, and now that sites are opening again we’re looking forward to getting this out to a game and see just HOW effective it is!