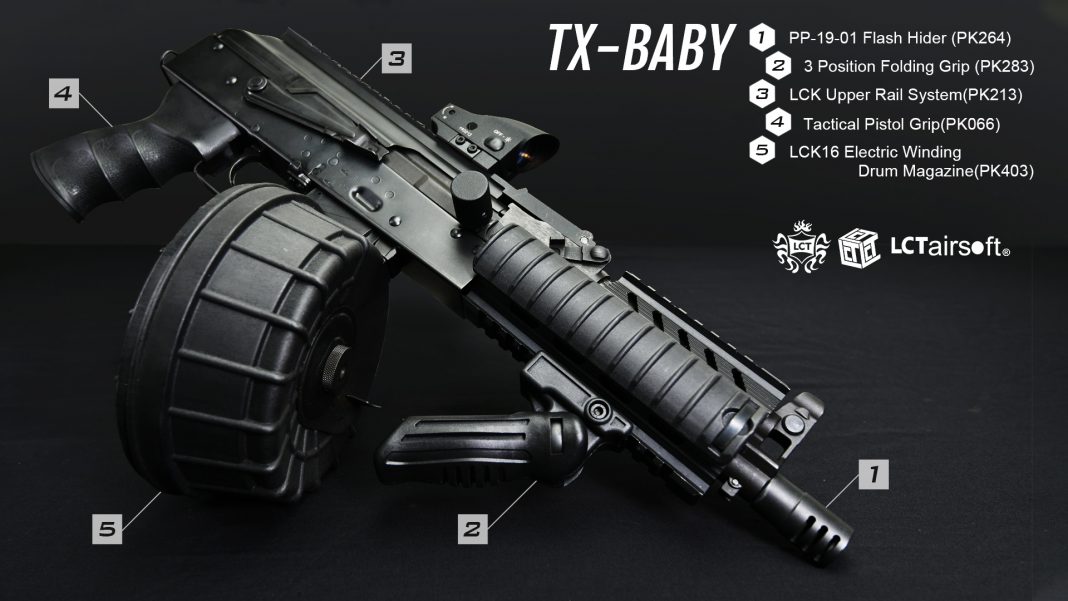 We’ve had an LCT “TX Baby” in the AA Armoury for a while now, and it’s a super-sneaky little AEG that’s ideal for the CQB and OPFOR-inclined!

And now they’ve released some super new accessory parts to make your “Baby” even more personal and unique to you… If you’re a dedicated CQB player then one of these cracking little Kalashnikovs should be on your shopping list, but if you’re more into your outdoor OPFOR scenarios then don’t worry as LCT do a first rate AKS-74U as well!

To put things in perspective for the OPFOR player too, no doubt inspired by the US carbines of the time, in 1973 the Soviets decided to look for a shorter weapon themselves, even shorter still than the folding stock AK74. The specifications set out requirements that the new weapon should weigh no more than 2.2 kg, have an overall length of 75/45 cm with the stock unfolded/folded, and a muzzle velocity of at least 700 m/s.

The AKS-74U was the final result of this, and it bridged the gap between a submachine gun and an assault rifle. It was intended for use mainly with Special Forces, airborne infantry, rear-echelon support units and armoured vehicle crews. It is still used in these roles, but has been augmented by various submachine guns, and the AK-105.

LCT have proved to us time and again that they are truly building some of the nicest AK-style AEGs out there right now, and each model we receive from them puts a big smile on our faces; just the thing for a cold and foggy Monday morning!