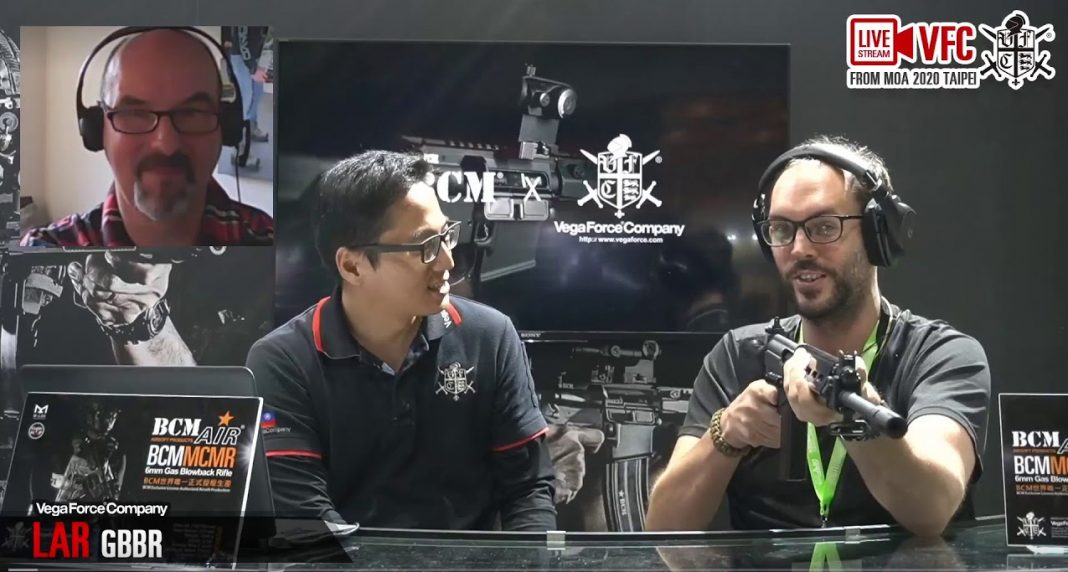 Bill has just got off the livestream with VegaForceCompany direct from the MOA Show in Taiwan, and he’s already reported back to the office that there’s going to be a whole host of new loveliness to come in 2021!

There was a timelag in comms between the UK and Taiwan, but we’d already arranged for AA Legionnaire Stewbacca to be on the booth with our good friend Ray from VFC to check everything out, hands on!

With a lineup of exciting new models like the very first licenced carbine from BCM Rifle Company, new GBBRs in the form of the awesome looking M110, PSG-1, and the LAR (FAL), along with some fabulous new AEGs such as the Mk48 and and Avalon SPR it looks like there’s already a LOT to look forward to from VFC in 2021!

We have to say that the super-compact 1911 was a pleasant surprise even to us (Bill is already drooling over that!), and with the performance we noted in the 1911 Tactical Custom we are sure that’s going to be very much a “player pleaser”!

VFC have already been kind enough to share ALL the specifications for the new models shown in the livestream with us, and we’ll be detailing them further in the next issue of Airsoft Action on December 15th.

There’s obviously a bit of a “bromance” going on between Ray and Bill, and with an invitation from Ray and Stu for him to join them at MOA 2021… who knows???

What we do know is that Airsoft Action will continue to bring you the very latest “6mm news” just as soon as we know about it!

THE LATEST ISSUE OF AIRSOFT ACTION IS OUT NOW!