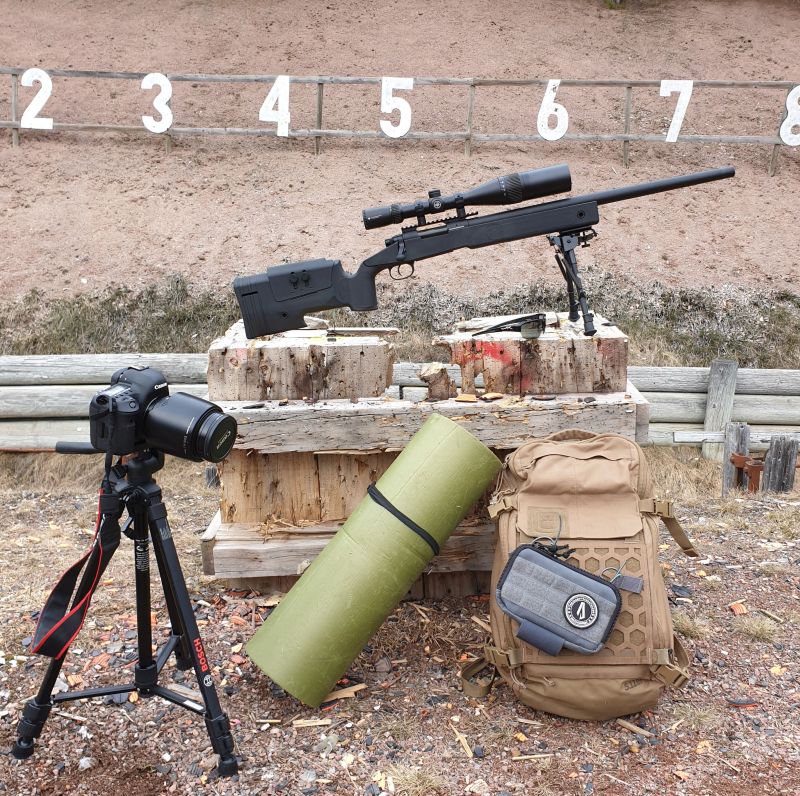 “Something For The Weekend or SFTW” for short is proving to be a lot of fun for the AA Legion, and it’s bringing all of us together like never before as we make more time each week to talk together about games and plans that we’re involved with ourselves, and we hope that it will give you an insight into JUST how much we enjoy airsoft and everything that goes along with it ourselves!

There are always going to be folk that “don’t get it” and bemoan that being airsofters and not “media professionals” is somehow a negative thing, but we like to think that because we are players, techs, and shooters from around the globe that it makes what we do more accessible and relatable for the many thousands of you, our fellow airsofters, that read Airsoft Action each and very month! We pride ourselves on being “part of the industry” though as that lets us get directly to the latest news and products coming, but that doesn’t mean that we’re any less discerning about what we use ourselves and in turn recommend to you… and one way or another, USE IT we do, and as good friends with a common, shared goal we create something each and every month that we love!

And the AA Legion is a BIG part of that, so what are the Legionnaires up to this weekend?

Well, it’s a mixed bag as always! The “office crew” will be behind their screens getting the last bits for Issue 138 nailed, and then doing all the usual behind the scenes malarkey as soon as it goes live!
Bill hopes there’ll be some time left for some shooty fun if possible!

Stewbacca and Miguel are “in the field” as usual for them; Stu tells us that “we should be shooting at either Hutoushan or up north indoors if it rains, which it has the last two weekends. Plum rains arrived today and drenched me as I was shopping for more MOLLE gear. We all got our shiny new big team radios last weekend so we’ll probably be working on using them more for further squad tactics training” whilst Miguel reports in that “we’ve got some field work waiting for us, our birthday game is coming up soon. We will be preparing the spots for the missions, followed by a BBQ in the field (very important!)”, and our newest recruit, Larri in Hong Kong (more on this next week!) will be “trying another renovated CQB site”.

Boycie as usual is hard at it on the range and tells us “I’ll be starting the write up for a new training tool, as well as another day on the range coaching”, and Bjorn is heading out “to shoot some new pics. Just need to figure out the gear setup!”; we hope you like the image this week, as this is how Bjorn rolls and we love him for it!

Other members of our group are out doing different things, but still very much outdoors! Chris is “off to North wales for a week of mountains and some light aircraft spotting”, and Dan is ” taking a break from airsoft work and taking my kid to see the Air Show at the local AFB this weekend. Haven’t been out to one since 2004. Should be fun!”

When discussing plans for this coming weekend though, Jimmy REALLY nailed it when he told us “airsoft is not just about shooting at each other! Airsoft has many different meanings and many find solace in many areas of the sport. I love being at my desk pushing and honing my tech-ing skills and I get immense gratification knowing that there are people out there enjoying the work I have done. Don’t get me wrong though the funnest part is on site with your friends shooting, putting the world behind you and just living! The weekend is nipping at our heels so get out there and enjoy yourselves. Have a lovely weekend!”

And of course that’s a sentiment that all of us here echo, and again as always, all of us at Airsoft Action wish you the best for your own airsoft adventures, and we’ll sign off as usual by saying Play hard, Play safe, and above all Play with Honour!