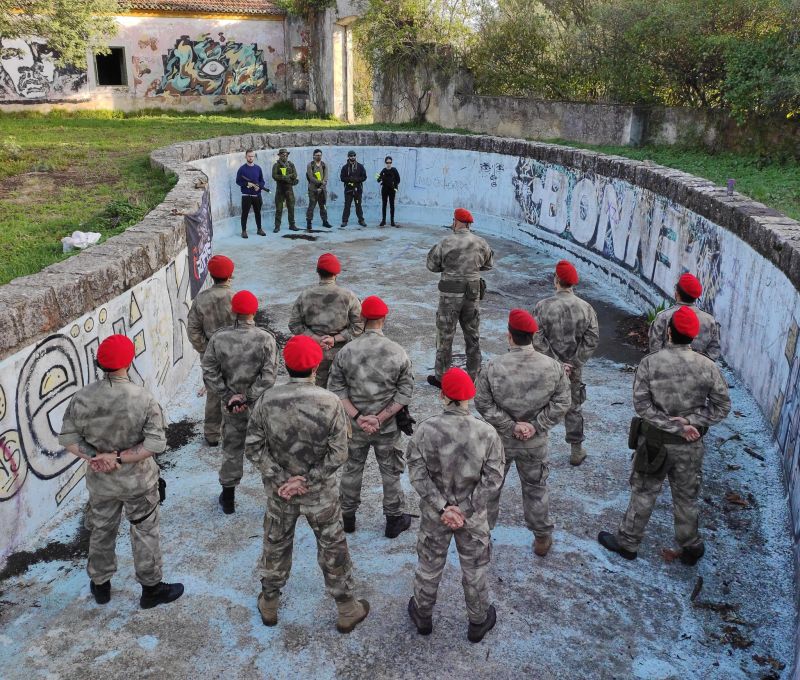 Wow! It’s already nearly the weekend and we hope that many of you, like us, are gearing up for some gametime!

AAHQ has been bustling again this week, and this has extended to some of the AA LEGION members as we’re cross-pollinating more on reviews and articles,but once again supply chain issues with some of the shippers have proved to be somewhat… “frustrating”!

However, we don’t like to just report on new AEGs, GBBs and gear without thorough testing, so building in a little more lead-time for new things to arrives can be swallowed up to a degree. Some items as we make the transition to this longer-term style may go to review “as new”, but we’ll rectify that as soon as things settle… thankfully most of our industry partners are giving us the heads up on new things earlier so we can plan accordingly.

But for now, it’s games, workshop, and range that will form the focus for our weekend at Airsoft Action, and Bill as always is going to be putting BBs downrange as he tells us “I’ll be out on the woods range with something shiny from VFC and a couple of new models from Specna Arms; testing continues on the new HUNTSMAN AEGs, and I need to try some drills with the new VIPER VX panels… SO MUCH GOOD going on right now!” and Jimmy chipped in to say “I am sorting a few things Saturday getting ready for Sunday at Cool Under Fire locally again”.

Stewbacca continues to roll outdoors as he said that “Team Taiji will once again be descending on Linkou CQB – although not in such numbers as last weekend – due to inbound inclement weather as the tail end of another typhoon headed for the Philippines catches the Taiwan strait. I’ll probably take the MP5A5 out again and perhaps the VFC FAL for some of the longer shots against window dwellers. Will see what takes my fancy!” and Miguel told us that “Sunday will be our second day working with the team candidates (thanks to Miguel for the cool image of THE GHOSTS with their new recruits this week!), a couple more who missed the first day will also be attending, so it’s time to get to know them”.

Larri is out for a “Halloween themed game! We are going for CQB with our costumes but using jelly gun!” and Bjorn reported that “No big games up this weekend, but next weekend Ill be back at Tjärnan( my home arena) For some real CQB games. It’s an old sanitorium on 4200 sq meters on 4 floors, also surrounded with forest and gardens. So all from pitch dark to full sunlight. 1.2 joule rule for all guns, and it has secret doors and sneaky attic ways etc. We have had friends over the from UK, Turkey, Norway, Spain I think, Marck from the East… its an awesome field!”

Gametime continues with Dan in the USA as he said that “There’s a small local skirmish nearby that I’m going to check out. Pretty low-key, but sometimes the small skirms are the most fun. It will be a good opportunity to meet some new players and a new area, and to also field test my KWA XM177E2 build, which is finally completed,though I am still trying to find someone who can laser engrave the receiver with some proper Colt trades to truly finish it out. I’d like to scrounge up some more ST60 mags too, which are rare as unicorn teeth these days…” and of course this a build that we’ll feature in Airsoft Action at a later date!

So, it’s pretty much business as usual at AA, and as we get ourselves set for the weekend, as always we’ll say that wherever you are, and whatever style of airsoft your favour, Play hard, Play safe, and above all Play with Honour!