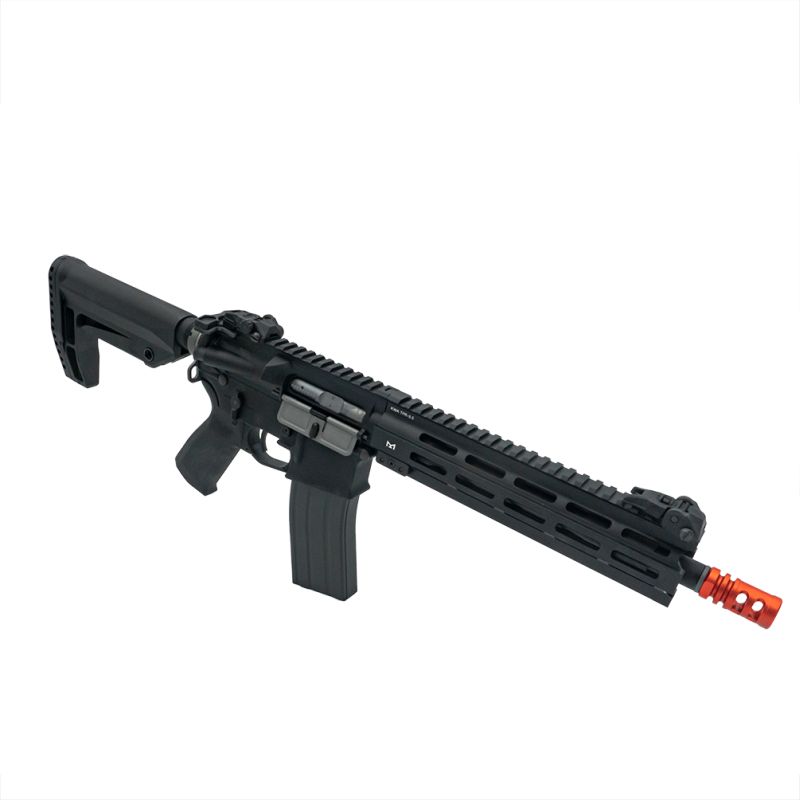 It’s that time of year again that we start to get REALLY excited about the new year’s show calendar, and especially revved up about the new models that are certain to be forthcoming!

SHOT 2023 is now right around the corner, and Boycie, Dan, and L’il Stu are filling up their dance cards with appointments to see the wealth of great airsoft manufacturers that will be exhibiting so that they can report back for the February issue!

SHOT ’23 “First Blood” has now been drawn by KWA as they’ve just announced two new models that they’ll be showcasing in Vegas later this month, the LM4D and LM4D MLOK!

They tell us that;

“The LM4D and LM4D MLOK heralds the latest iteration of KWA’s flagship LM4 series gas blowback rifle. Modeled after modern sporting and patrol rifles, the externals have received a major update in functionality and aesthetics. The fixed front sight post was replaced with industry standard PTS flip up sights for an unobstructed sight picture when used with optics.

Internally, the LM4D and LM4D MLOK now have a more realistic 8 lbs. trigger pull with a moderate take-up and heavier second stage break. The legacy rotary style hop-up has been updated with a tool-less, dial hop-up and does not require removal of barrel assembly to swap out the hop-up and bucking.”

Now we already know, and love the original LM4 GBBR (see Issue 126 of Airsoft Action for the full lowdown!), but external upgrades for the new models look to be:

This all looks great to us, but of course we’ll bring you more on these models after the show… however, KWA have indicated that shipping of these two beauties will commence next Monday, 16th Jan, so if you’re in the market for a new GBBR then get on it as we’re certain, like other premium KWA products, these will sell FAST!