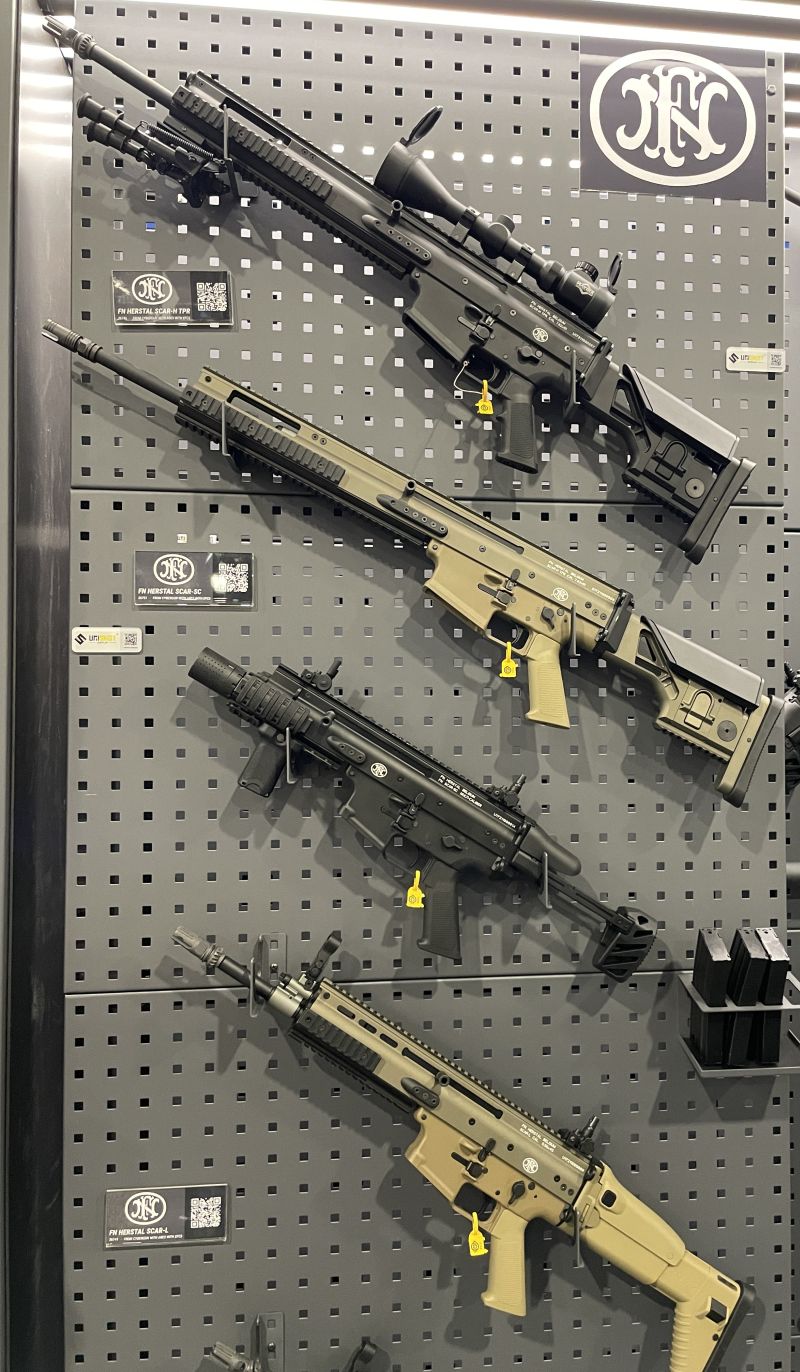 It’s a bright and sunny morning here at AAHQ and we hope that you’re already at a game or preparing your gear for gameday tomorrow!

Many of the AA LEGION are out as usual this weekend, but for Boycie, Li’l Stu and Dan it’s the end of a busy, BUSY WEEK at SHOT ’23 and Boycie reported in as he’s been doing all week with the team highlights from DAY 4, the final day! He told us;

That’s it for pounding the floors and halls of SHOT ’23! We have clocked up approximately FIFTY MILES over the four days and our feet are reminding us of that. As I’ve said in earlier reports you just can’t comprehend the size of this show until you get here. Nearly 2500 exhibitors over four floors of the Venetian Expo Center and the halls of Caesars Exhibition Center plus the outside displays… this show is truly huge! We could fit our own Birmingham NEC inside the Shot Show floor area at least TWICE!

We’ve talked to a large number of stand owners not only airsoft related but also clothing and kit. We have been able to see a number of prototype and not-yet-released products and for the last day’s pick of the crop Dan chose the Cybergun SCAR SC by Ares. This is a compact PDW version of the full-size SCAR L that features a collapsible stock and shortened barrel among other notable modifications, and as a huge fan of the SCAR series, the SC has long been wished for and now is poised to become a dream come true.

Li’l Stu, whilst massaging his aching feet told me that his pick of the day was the Steyr L9-A2 MF at the ASG booth. “The L9 just fitted perfectly in my hand. The build quality was fantastic and there was no rattle. The great feature of this pistol is the interchangeable back straps and grip panels that come with the pistol in the box. Another thing I really liked was the triangular sight set, which provided really intuitive sight alignment and target acquisition. The Steyr L9 also comes with fully licensed markings, which for me just rounds off the package.”

I chose the collaboration between Arcturus and Gate which is being marketed as the Trinity Armament series Alpha 1, 2 & 3. The external build was great but for me the split gearbox and unique way you can change the ‘timing’ on the sector gear to go from almost hair trigger to pre cocked without having to remove the gearbox is excellent. From a discussion with Chris from MOS we can see that this will really challenge the current higher cost platforms like the Systema PTW, and GBLS with an expected price tag of around UK£500.”

Well that’s all from the daily reports folks, and as Dan goes to the airport to head home, Li’l Stu and Boycie will be soaking their tired feet and getting some well earned rest before the long haul back over the “Big Pond”.

We hope that you’ve enjoyed our daily updates, and of course we’ll be doing the same from IWA in March, but for now a HUGE THANK YOU to Boycie, Li’l Stu and Dan for their commitment to getting a report through at the end of some very tiring days, and in relation to the buzz from this years show (apart from the BIG report in the next monthly issue of AIRSOFT ACTION!) we can only say…