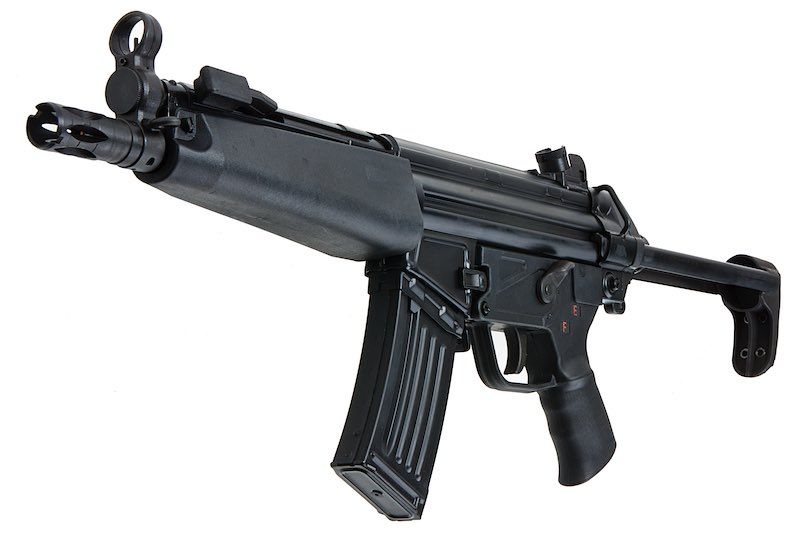 After the excitement of SHOT SHOW last week it’s back to business as usual at AAHQ today as we set out our testing program from 2023!

There’s so many exciting new AEGs and GBBs on the horizon, and no doubt there will be more to come at IWA in March, but as we look forward to new models our attention also remains on those that have been in the AA Long Term Test Program too, and we’ll kick things off in the February Issue with a some RELOADED looks at some of the models we’ve been beasting for a while now, how they’ve stood up to abuse, and what changes (if any!) we’ve made to them!

The LCT LK-33A2 and LK-53A3 have established themselves as favourites among some of the AA Crew, and have been getting some rangetime both at home and abroad, and today we’ll focus in on the shorter of the two as it has particular resonance for UK players and fans of a “Brit Loadout” too! For those of you that don’t know this model is one that was used by both UKSF units and by various close protection units within the British military, including the Close Protection Unit Royal Military Police and Royal Marines Police Troop before being replaced by the C8 CQB carbine.

The LK-53A3 features full steel construction (it’s built like a wee tankette!) and stats are;

Stewbacca looked at the LK-53A3 in Issue 140 when we first had “hands on”, and thanks to our mates at NUPROL we’ve had an LK-53A3 in the UK for a while now too, and although we will go into more detail about the continued performance of the AEG itself in RELOADED later we can tell you that it has stood up to our testing program very well… very well indeed!

Want to know about how we test things? Then tune in to Issue 147 in February 15th to find out more!