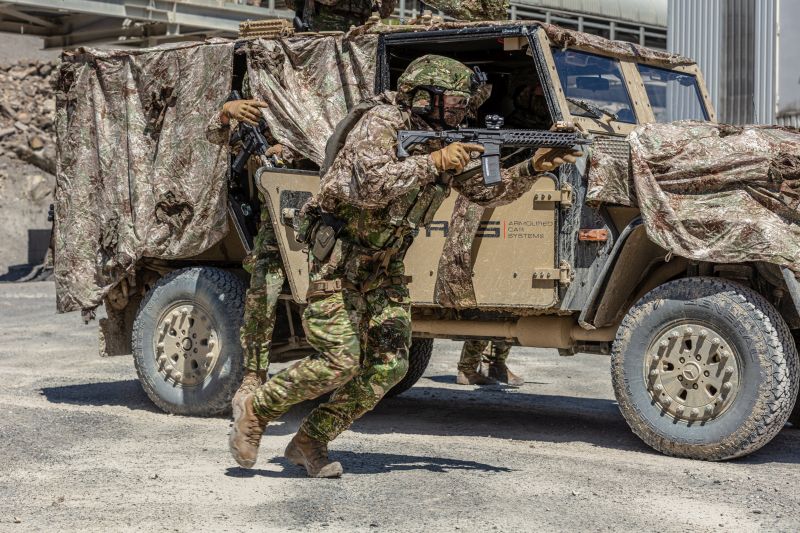 It’s definitely feeling more like winter at AAHQ and the Snugpak jackets have come out of the CAGE!

With the clocks changing it definitely is the case that range days are getting shorter, although it does give an opportunity to get some “lo light” drills in as part of a normal training day!

That said, it’s as busy as always in the office as we head towards a new Issue, and 144 is looking righteous, chock full of airsoft goodies to pique your curiosity and interest (we hope!); our thanks this week for the image go to AA Legion Associate Chris Bravo over at Airsoft & Milsim News who’ll be joining us in Issue 144 to talk about CONCAMO!

Stewbacca of course is IN JAPAN, the cultural home of airsoft and from what we see on his social media is already having way too much of a good time, having met up with Masaki, Ryan, and Marck from LayLax and all the other airsoft luminaries attending the KRYTAC OWNERS MEETING 2022! He tells us that “I awaken early in bed to the sunshine blaring through my hotel window in Chiba, Japan with a similarly noisy headache caused by some sort of liquid consumed last night… good times, with good company. Excitement intensifies!”

Back IRL the rest of the crew are also hard at it and Bill reports that “even though bad weather has finally hit the UK, it’s business as usual as the new guns keep rolling in for testing! This week it’s very much a case of dialling in the new VFC M110K1, although I’ve also got a neat budget SR47 to check out!”, and he’s not alone as Ben commented that “I just bought myself a Classic Army M132 micro mini gun! I’m gonna be testing that out, it will be HPA and I’m curious to know how far my airtank will go, knowing that a green gas canister doesn’t last a full magazine (2200 BBs)…I’d like to know just how efficient it will be HPA, and work out the better set up if one was to run it for half to a full days gaming.”

Miguel says that “more work with the team candidates, this time we prepared a few team building exercises that will force them to cooperate among themselves. From 19 who signed up, we are down to 6 candidates, most didn’t even show up in the first day, another reason why it’s important to get to know them before hitting the fields” and Iggy reported in from Oz to say “not airsoft but marshalling at a gelball site in a historic village which should be interesting!”

Larri as always is out playing though as he tells us that “back in airsoft CQB this week with 44 people; we are going to experience a newly renovated layout of a venue, a place built by a group of airsoft enthusiasts… and finally a venue with a second floor again”, whilst Bjorn is “heading back to Tjärnan (my home arena) for some pure CQB for the first time in a long while. 40+ players is on the list (pre paid) so I guess its gonna be an awesome day!” and Chris P is “off to Battle Lakes locally on Sunday, for a bit of chilled plinkage!”

Out of game Dan in the USA reports that “we just got the first snow (more like a coating of ice) of the year here! There’s no airsoft happening until next Saturday for me, so this weekend I will be installing a new prototype gearset I’ve been sent for T&E. I just haven’t decided what to install it into yet… maybe the PKM so I can put a lot of mileage on it quickly haha!” and our friend and Legion Associate Josh from Krios Photography tells us that he will be “filming a video this weekend, showing some advantages and disadvantages of certain cameras in a airsoft photography setting.”

So, it’s definitely “busy, busy” for all of us, and we hope for you too… we also hope that the weather holds, but just in case we’ll be prepared for all eventualities! We hope that everyone out there in airsoft-land has a GREAT weekend, and just remember that wherever you may be Play hard, Play safe, and above all Play with Honour!