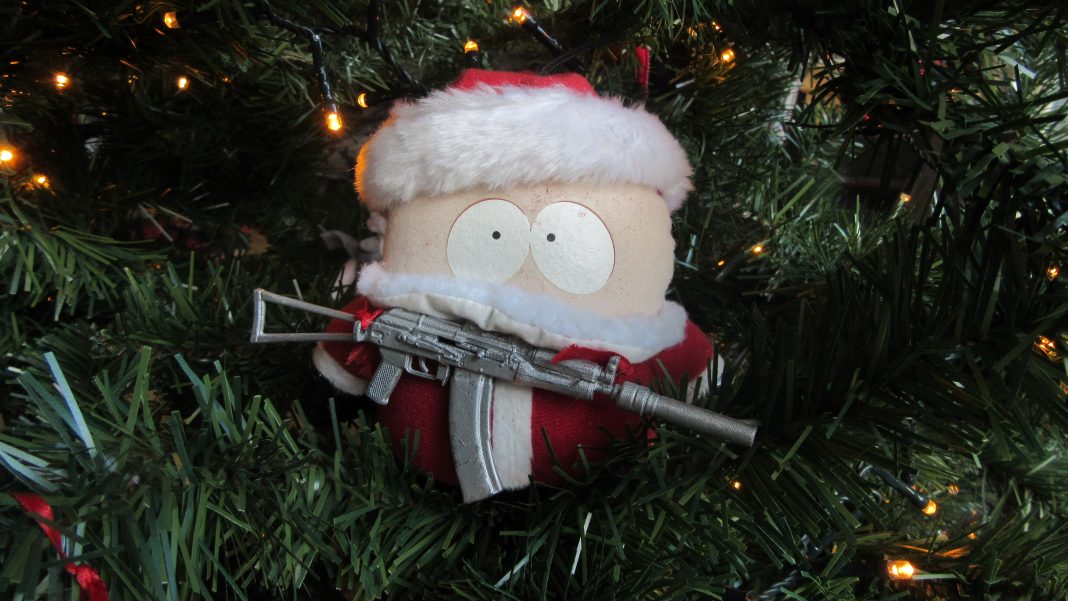 So, with the latest issue live, and the next issue already well underway for January, it’s nearly time for the Airsoft Action crew to bunker down for their Christmas Festivities, and nothing says “Christmas” to us like Cartman Santa with a tiny silver AK in the tree!

We do hold the spirit of Christmas dear, and we hope that this one, although it will most certainly be different for many of us all around the world, will still be a happy and merry time for all, and for some seasonal fun we thought that we’d do something a bit different! During the summer, following a range day and when all the AEGS and GBBs were safely locked away, a bunch of got together for a barbeque; after one or three “adult beverages” were consumed we got to kicking around the idea to re-write “The Twelve Days of Christmas” substituting airsoft words and phrases, so for instance “Five Gold Rings” became “Five Gold Springs”…

Now as you’ll know by now, we do have some very “creative” writers amongst the team, so this idea got thrown open to our contributors group as a whole, and now we bring you our three favourite re-interpretations of that Christmas Classic! Okay, we’re certainly not going to be “Christmas #1”, but we hope you’ll enjoy this in the spirit of good will and festive fun intended!

And of course, if you have your own reworkings please do send them to us; perhaps we’ll make this a “thing” each and every Christmas!

Eight teas with milk in

And a new RIF under every tree