Our good friend Chris, over at Airsoft & MilSim News, gave us the heads up on the new S&T Armament ST320 A1 grenade launcher…

The ST320 A1 is a replica from the modern Heckler & Koch M320 launcher developed in 2008 already which is now in use with various military units around the world. It has proven itself as a modern yet modular 40mikemike launcher platform that fulfil the needs for the troops on the ground, providing firepower above small arms weapons packed in a compact size against vehicles or buildings and of course, infantry. However, as S&T does not hold any official license from H&K itself, this replica has no markings on it.

Just like its real counterpart, it can be mounted as an under-barrel launcher, by removing the retractable stock and fitting on any 1913 picatinny rail system. But, of course, if you don’t fancy carrying it on your rifle all day (it weighs in at just over 1.2Kg), you can always use it as a stand-alone instead.

Overall, the ST320 A1 is pretty well made and once you hold it in your hand, it feels and grips nicely. Functions/mechanism are the same as on the real deal. S&T used Metal and Nylon polymer as well thick rubber for the but plate that increases the comfort and stability while shooting it. Everything looks well manufactured and put together.

The S&T Armament ST320 A1 is a nice airsoft tool. Collectors, as well those who pay attention to a realistic and modern military kit, should call it their own at some day if you’re addicted to grenade launchers. The workmanship, as well as functionality, is great and everything works how it should to guarantee a great in-game experience out of the box. Even after a long-time usage in the field without cleaning it at all, it works like on the first day and keeps you enjoying it.

Due to its heavy weight of about 1260g (without Stock), it’s not that much comfortable to use it as a under barrel launcher in my opinion. It’s just bulky and heavy and blocks you from maneuvering your rifle swift and flawless.

As a stand-alone launcher, it clearly shows it’s benefit as its operates like a short rifle, thanks to its retractable stock and stable shooting position regarding it.

If you want to dominate the field, superior firepower is needed. In airsoft, grenade launchers can offer you this service paired with the right shells for the right mission in my opinion. 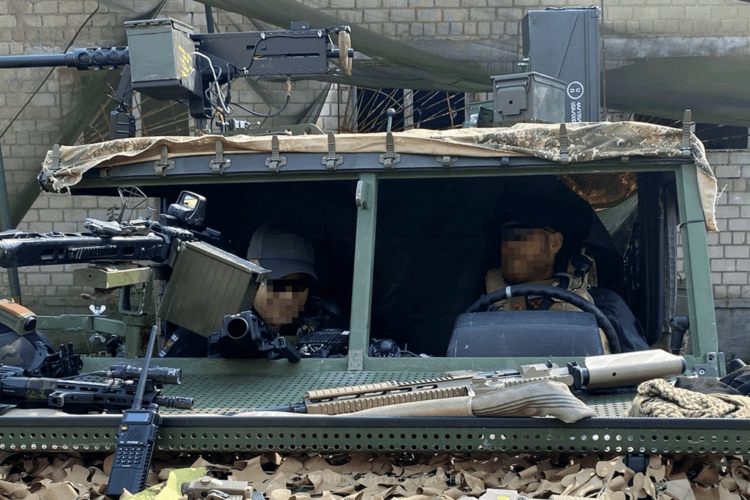