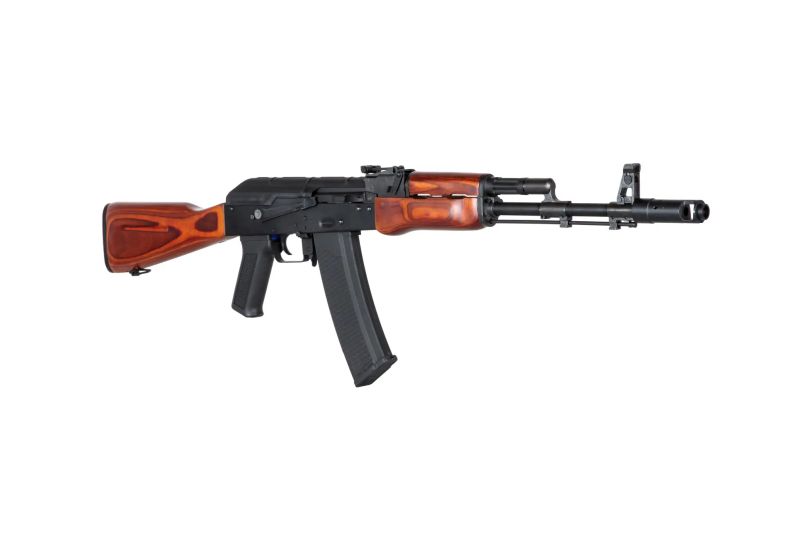 We’ll be back into our usual run of team-related posts soon as everyone swings fully back into gear, but suffice to say a number of the UK guys will be getting together this weekend to prepare kit for something very special to come soon!

However, as we started the week with a modern AK we thought we’d round out the same way, but with a bit of a “classic”, namely the new and uprated “J-SERIES” from Specna Arms, the SA-J02 EDGE™ ASTER V3!

And of course the giveaway there is the inclusion of the ASTER which should bring the J-SERIES AEGs bang up to date!

So far announced are three models, the 02, 05 and 06 EDGE which go from the classic “74” style up to something a lot more “tacticool”, so there’s something for every OPFORist out there! All of the models however benefit from the following features;

We definitely liked the original J-SERIES models, so we’re expecting GREATER things from the ASTER V3 versions, and of course we’ll let you know what we think in due course!

For now though, as always, we’ll bid you “GAME ON” for another week, and as always we’ll sign off by saying Play hard, Play safe, and above all Play with Honour!