Home The Armoury MORE FROM VFC, MORE- THE M110K1 GBBR HAS LANDED! 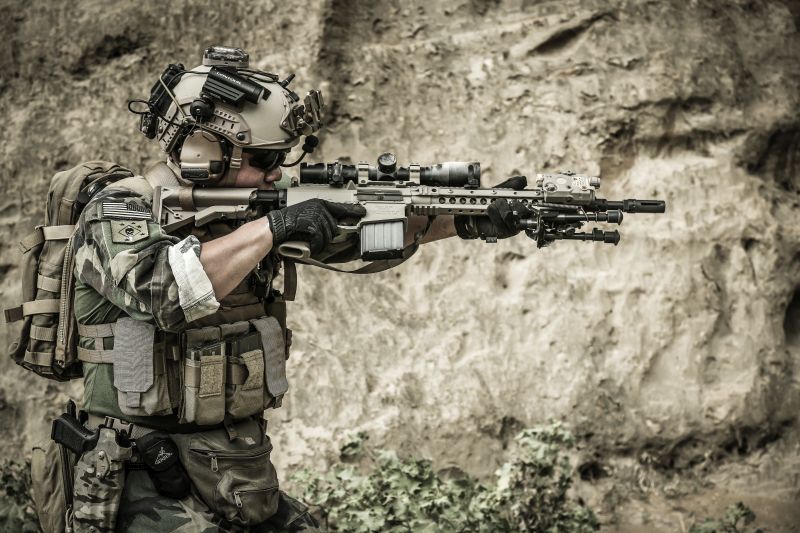 Much as we bemoan the current state of affairs with increased shipping time right now, sometimes things are just 100% worth the wait… and the new VFC M110K1 SASS GBB AIRSOFT RIFLE (KAC LICENSED) has now arrived at AAHQ for testing!

A certain member of the AA Crew has been drooling over this new out and out “mil-style” GBBR since he first saw it and Bill is currently cuddling up to the rifle… and hissing at anyone who comes near!

If you’re a “SOCOM” fan then this is one airsoft rifle you’re going to want to own, as it replicates the SASS or Semi Auto Sniper System program winner, a modified version of the SR25 or M110 that is currently being used by the Navy SEAL teams and other USSOCOM outfits!

The VFC M110K1 is a shortened version of the original M110, employing a URX 3.1 13.5″ handguard and a shortened barrel for increased maneuverability. This “reach out and touch someone” rifle also features an AR-style retractable buttstock instead of the bulky fixed stock employed on the original M110. The gun is also ambidextrous for ease of operation.

Just like the older M110, this model features the VFC “GuideHOP” Hop-up Adjustment System, meaning you can adjust the hop-up on the fly by simply rotating the mock gas block; VFC has also reinforced the internals by using steel components for the anti-impact bolt carrier reinforcing block, making this GBB rifle much more durable compared to its predecessor. Lastly, this M110K1 is compatible with the VFC SR25 / M110 series of gas airsoft magazines.

Suffice to say it is a thing of utter beauty, and we can’t wait to get it out onto the range and get some BBs downrange… if Bill ever lets go of it!

Watch this space for more details of the M110K1 from VFC soon, and we’ll be dropping a full evaluation in Issue 145 once we’ve had time to properly put it through its paces…