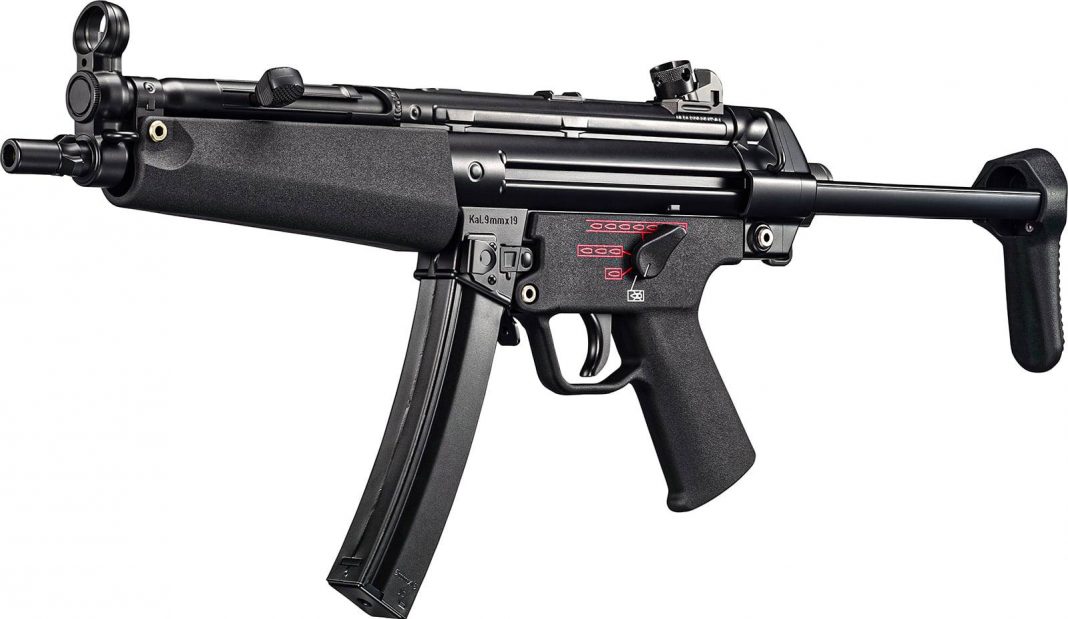 It has to be said that as a number of the AA crew are UK-based that we have somewhat of a love for the MP5 given its history with certain UKSF units, and as always we’re thrilled when a new model hits the the market! The recent crop of tactical models have really given some impetus to the “Rise of the Five”, and it’s great to see the little “Maschinenpistole” again as a firm skirmish favourite!

Like many of you out there we’ve been waiting for more news on the release of the very latest take on the MP5 from Tokyo Marui, and having had hands on their GBB AKM over the weekend (FABULOUS!) we’re now keen to get the MP5 in our grubby little mitts!

Good news is that we’ve now hear that it should be with the Far East market soon; our mates at Laylax have promised us another of their awesome “first look” videos as soon as they have it, and we’ll be posting that up as news just as soon as it’s ready to go live! The wait for the rest of us, especially given the hold-up with international shipping, will be just a little bit longer, and Land Warrior Airsoft (LWA) have been in touch to let us know that they are now accepting pre-orders for October ’21 delivery!

“One of the biggest releases of 2021 to date, and one that has been highly anticipated for a long time; the Tokyo Marui MP5, featuring their iconic Next Generation Recoil Shock system! With every trigger-pull, a weight of about 300g that imitates a bolt operates at the same time as firing, and the strong recoil generated inside is transmitted to the whole body. In addition, it is equipped with an auto-stop system that stops firing when the magazine is empty, and a bolt release mechanism that releases the auto-stop by pulling the bolt handle. This RIF has a serious focus on realism for both operation and looks!”

The TM MP5 NRGS also features the new ‘M-System’ which has been newly developed so that a microcomputer (MCU = microcontroller unit) comprehensively monitors and controls FETs, FC (Fire Control), batteries, and motors. There’s also an Ambidextrous Fire-Selector that includes a Burst function, improved Trigger Response with FET and more! This is looking to be a truly special AEG, and we are seriously looking forward to getting one on the range just as soon as we can!