Tomo, from Arms Magazine in Japan, very kindly allowed Airsoft Action to reproduce his special coverage of the recent Airsoft Surgeon Championship, held at the NEC in Birmingham alongside the British Shooting Show in the May issue of the magazine.

The article is in Japanese and we thought that our English-speaking readers would like also like to read the article and so Tomo’s daughter very kindly offered to translate it for us (many thanks Alexandra-Chihiro).

This is her translation (we have included an image gallery of the pages so you can also see pictures of the event):

“The Airsoft IPCS Competition “”Airsoft Surgeon Championship 2020” hosted by Clarence Lai, top gun for airsoft and gunsmith was held in Birmingham, the UK’s second largest city, for three days from February 14 to February 16. With more than 160 shooters from Europe and Asia participating in this tournament, the competition is comparable to “real gun” IPSC even though competitors use an airsoft pistol instead. It is a full-fledged shooting match with strict rules, and here, I will tell you about the competition.

How fast and accurately can you draw to a target with a signal to start shooting? In the shooting competition of IPSC (International Practical Shooting Confederation), the targets placed on each stage are shot with some restrictions. There are two paper targets, one metal plate, one target that should not be shot, and another target that appears when one target is shot. Also, while there are restrictions such as shooting positions being specified and shooting from a specific frame or window, a strategy should be taken while considering skill and gun specifications such as which order to shoot each target and when to change a mag and challenge the competition.

As an example of such a practical shooting competition, let’s say you have a target 50 meters from the starting point. If you are confident in shooting, you can shoot from the starting point, if you are not so confident, you can run and shoot nearer the target. If the score is a paper target, A (alpha) at the centre is 5 points and C (Charlie) around it is 1 point. The time from the start to the last shot (calculated in seconds) is also added. These are called hit factors, and are ranked according to the percentage of the top shooter with a perfect score.

In IPSC competition, in addition to production divisions (using guns out of the box), standard divisions (some modifications are possible), open divisions (almost unlimited modifications), classification by age group such as junior, senior, etc. there is also a division. Recently, classes such as Production Optics (using guns with dot sights) and Classic Division are also available.
In the open division you can use dot sights, compensators, long magazines, magwells, etc. without any restrictions, but if the degree is too high, it will become heavy or easy to get caught up, so it is desirable to set up according to the skill of the shooter.

IPSC was born as a training tool for combat shooting, but actually it is a sport for adults and children regardless of gender in the world. Nevertheless, it is impossible to hold it in Japan and in countries where there are restrictions of real gun, so if the shooters want to participate they have to go abroad. It was also restricted in Hong Kong, but instead airsoft shooting matches became popular and in recent years it propagated to Asian countries and around the world. Meanwhile, an airsoft shooting match “AIRSOFT SURGEON CHAMPIONSHIP 2020” was held at the National Exhibition Centre in Birmingham, the second largest city in England, located northwest of London.

The tournament has been alive for eight years since the first competition was held in 2013 and is now one of the largest, and this year was organised as a part of a British gun celebration “The British Shooting Show”. With a record number of 20 stages with more than 160 participants from the UK, France, Belgium, Bulgaria, Philippine and lots of countries of many continents, including Hong Kong, which produced many top shooters.

The organiser of the event, Clarence Lai from Hong Kong is the protagonist of airguns shooting matches and he is also a gunsmith and an artist who creates custom guns more beautiful than real guns. When he was young he spent all his pocket money for Japanese gun magazines to get detailed information about guns. One day, one gun of the Bianchi cup, which was published in magazine, caught his eyes and changed his life. At that time, replicas of raceguns didn’t exist so he built a racegun from an MGC fixed slide model. It was his first production. After that, he learnt more about airsoft matches with his school friends on his house’s small rooftop. They became more regular so he rented a closed restaurant to continue to learn. In his group there were future top shooters. Then he started to train half the year in a Philippine shooting range where was real guns laws were not so strict. He learned to customise airsoft models like real guns while shooting them. He also learned techniques of gunsmiths. When he returned to his country, he propagated IPSC airsoft shooting matches based on the real IPSC matches from Hong Kong to Philippine, Thailand, Indonesia, Taiwan. Then he became Asian champion! He is an idol in airsoft matches but he is also famous because he has abilities to charm people. He customised an MP5 with grenade rancher for the film “End of days” (1999). It was a big hit so he created “AIRSOFT SURGEON” in 2000 and he became a professional gunsmith. At the same year he participated to the film “Double tap” as gun advisor and appeared as Range Officer in the film.

The IPSC’s president, Mr. Vitally Kryuchin is fond of airsoft shooting matches so actually, airsoft competition is a full part of IPSC. The safety rules and regulations are the same for real guns and airsoft replicas. For real guns, they have power regulation for each category, ammunition etc… but not for airsoft. Generally participants participate within their country gun laws. For IPSC real guns, production division is the most popular but for airsoft, open division is the most popular. “AIRSOFT SURGEON CHAMPIONSHIP 2020” was made by “XPSC” and the stage is almost the same. The difference is for airsoft stages have a have stop plate.

This time there were only top shooters so there wasn’t any useless movement. Airsoft mags are very easy to break so if they fall they may be damaged but no one cares about that and throw them like real gun’s mags!

Some shooters participate with their children and the youngest was 10 years old. It was cute to see him stretching to shoot from the window but the security rule was strict so the game was well carried. The rule is the same no matter the age. There were also lots of women shooters, two from Hong Kong and each two won a prize in their category. Unfortunately, one shooter crossed over the muzzle from the security zone so she was disqualified. But she was positive and said she will train for the next competition to not make the same mistake.

The event started with tension but three days later the tension gone. At the closing ceremony everybody said: “We all became a family”.

No matter the ranking, country, age and gender, all became one with their airsoft pistols. It is a wonderful thing. And two years later on the World Shooter in Russia will be organised. I can’t help but think that the birthplace of airsoft, Japan, would be a great place to create and offer shooters the chance to participate in these tournaments!” 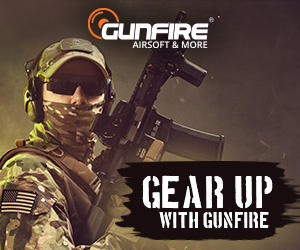