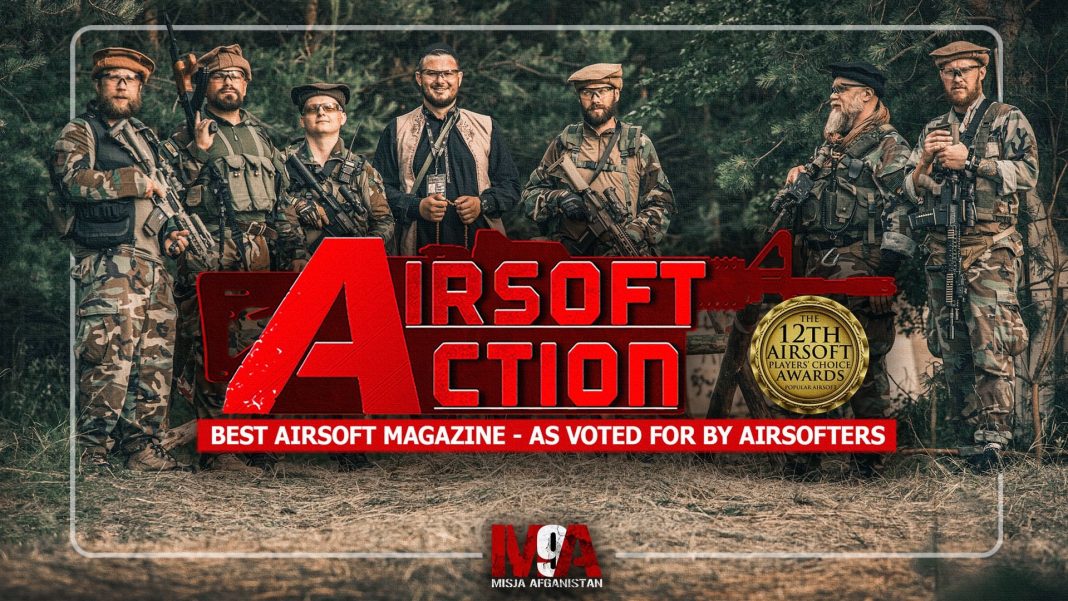 With a new Issue out just yesterday, things are really picking up speed at Airsoft Action as we’re delighted to announce that we will be acting as a Media Sponsor to the well-known and highly respected ongoing series of games in Poland, “MISJA AFGHANISTAN”!

As the organisers are fellow award-winners in this years Players Choice Awards we’re proud to join those that already support the event, and we can tell you that we’ll be covering it as best we can, with updates followed by a complete AAR once the event itself has run. It’s a big old game that collects hundreds of players together to play out scenarios in a very special ways, and the organisers tell us;

There are people from different parts of the country in the organization of the event. These are airsoft players as well as, for example, retired soldiers after foreign missions.
The event takes place in a climate of military and non-military operations conducted by the North Atlantic Alliance and some non-NATO countries in Afghanistan in activities against the Taliban.

The Afghanistan Mission event is a completely apolitical rally. The event is not intended to advertise people or political groups. We assume that airsoft as a form of sport, active recreation, hobby and it should not be associated with any political movement.

Airsoft connects people regardless of age, profession or social position, this is its strength. Connecting it with politics sooner or later always ends up badly.

The series of Mission Afghanistan events is, apart from fun, to show, at least to a small extent, how hard the service of soldiers on foreign missions is. The “climate” of the game and regulatory restrictions are intended to show the difficulty in contacts with other cultures and residents who are often unfavorable to soldiers.

We try to teach respect for soldiers who are currently abroad on missions, as well as veterans. As far as we are able, we support all aid initiatives for soldiers and their families. We allow and promote fundraisers run by veterans’ associations at our rallies and websites”

As we said, we’re extremely proud to have the opportunity to work directly with our friends in Poland behind this special event, and once again this reiterates our commitment to supporting and reporting games from ALL OVER THE WORLD!

Please be sure to check out the “MISJA AFGHANISTAN” website for more information, their busy FACEBOOK page, and if you’re interested in knowing more right away, then you can check out event videos on YOUTUBE as well! Booking for the event is open… so GET SUM!