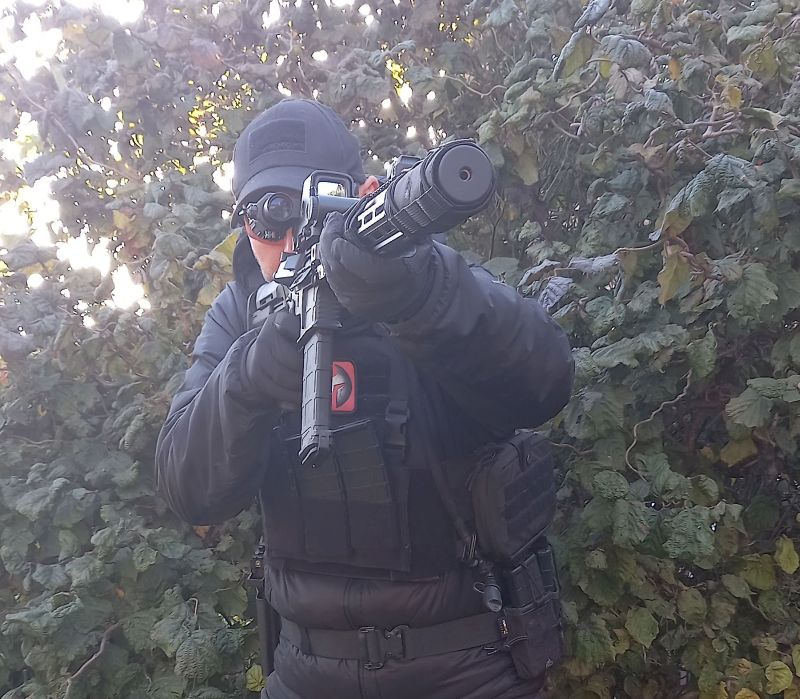 Wow, how this year is flying by… it’s already BLACK FRIDAY and oh boy, are there some GREAT airsoft deals flying about or what?

We haven’t really highlighted all the individual deals and promotions that are coming through (by the minute right now!) as undoubtedly you’re all getting the same deluge of emails that we are! Suffice to say that virtually everyone in the industry has a deal going today, and if you’re in the market for ANYTHING then now is a primo time to pick up a bargain or three!

But just like any other weekend we’re all getting set for some righteous 6mm action, and the Airsoft Action Crew are just as excited as you are to get out and sling some BBs downrange!

Jimmy and Ben are out locally again to Cool Under Fire; Jimmy is hoping to get the new ICS TOMAHAWK out for some in-game testing, whilst Ben is looking forward to revealing a special little project he’s been working on for a while, and will be reported on in the magazine soon! Jimmy tells us; “we are off to Cool Under Fire again for their last game of the year, and they have named it PYROMANIA so it’s gonna go off with a bang, that’s for sure!”

Miguel reported in to say that “Sun’s out, Ghost Ops out! This Saturday we are organizing the night event for the team candidates, they will have a lot of missions to complete while avoiding patrols and raids. And it ends with a late night BBQ!” whilst Bill W-R told us that ” it’s South Coast CQB for me and some mates on Sunday; I’ve heard nothing but good things about this site so will be interesting to see how it plays. Saturday is a day of paperwork and legislation for something in 2023…” Stewbacca is excited as “this Sunday we’re off to the TWAAA/CAMP 66 facility for another training session for the cameras as the BBC are coming to film this time!”

Bill will be on the range on Saturday as usual as he continues to test and evaluate new models, and he tells us that “I’ve got an early sample of something pretty special and exciting from the guys at VORSK which needs some serious range-love, and I need to put a little more work in with the VFC M110 GBBR; this is a bloody awesome rifle, and I’ll be dropping my full report in Issue 145 on 15 December! I also want to spend some more time with the new SECUTOR ASTRA XI (pictured); although I’ve done my evaluation on this already, it’s just a great carbine to run drills with!”

Bjorn will also be getting some range work done as he reports that “I’m on my way home soon from my work week to open some packages the guys over at Nuprol sent me. 😍 Some Nuprol stuff, something from VORSK and RAVEN as well. Cant wait! I got an early Christmas!” and even though most of our US-based friends are still recovering from Thanksgiving Dan tells us that “I don’t have any airsoft coming up till the 17th, which will definitely constitute a winter game since we’re now sitting at 5- 6″ of snow on the ground, so there will probably be more down by then. It would be a great time to break out the snow camo and snowshoes though. As for this weekend, I’ve got a lathe with a mill attachment that I need to fetch from a friend, so setting that up might be my weekend project. Really looking forward to adding that on though, as I’ve pretty much maxed out the capability of my tiny little Unimat SL1000 lol!”

So, in closing for another week we’ll wish you all the very best for this coming weekend; we hope that you find some great deals on some lovely airsoft goodies in the sales, and we’ll finish up as always by saying wherever you may be Play hard, Play safe, and above all Play with Honour!