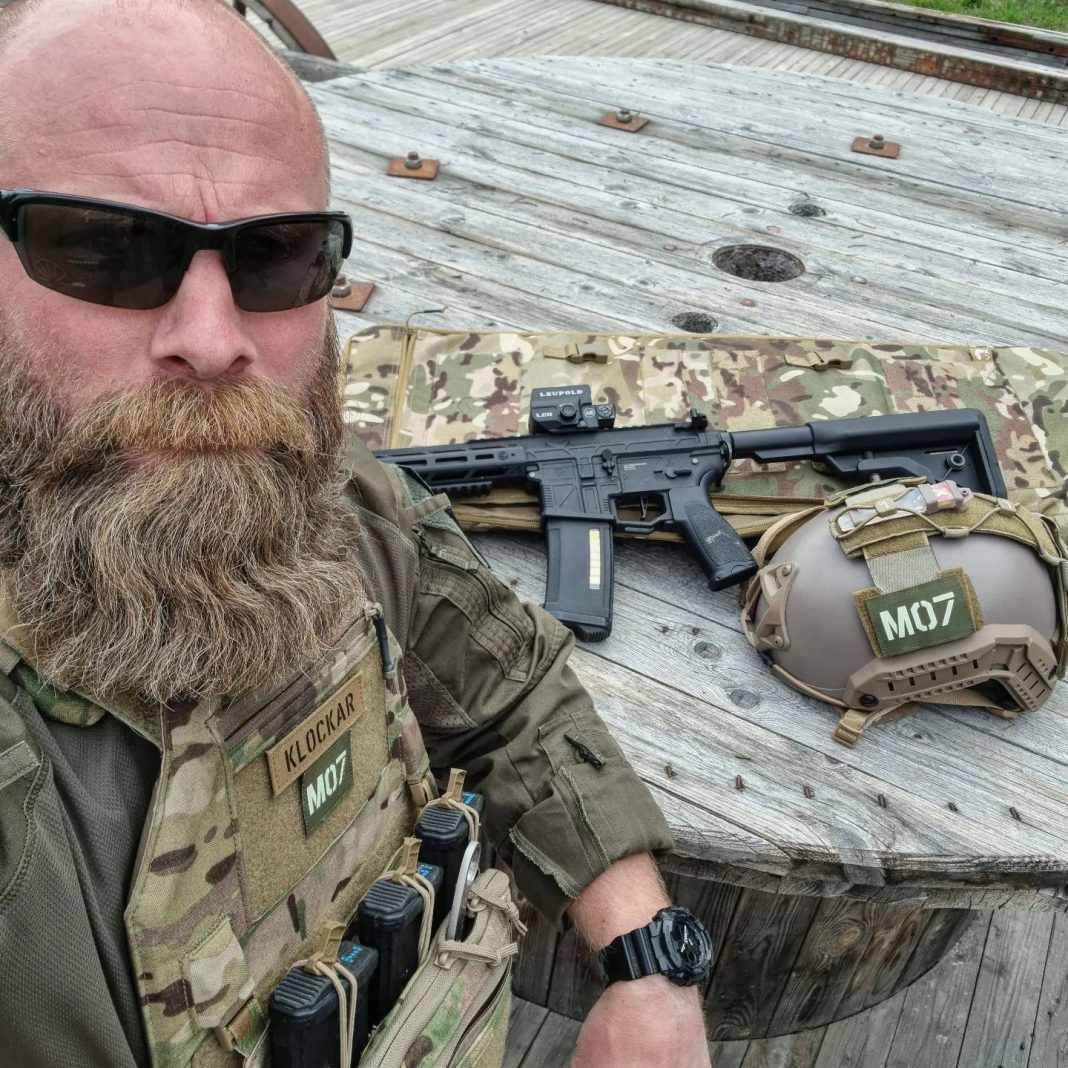 How fast a week rolls by when you’re getting the latest issue of AA ready, and this time next week Issue 140 will be going live, and what a LOT we have lined up for you!

In the meantime another weekend is in sight and Bjorn, EVOLUTION AIRSOFT ambassador and our Legionnaire in Sweden looks like he’s ready to rock in this weeks team image… thanks Bjorn, that is one hell of a “Tactical Beard”!

Although all the reviews and articles are in the bag for 140 that doesn’t mean that the members of the AA LEGION are kicking back as there’s always LOTS to be getting on with, be that testing gear, shooting new AEBs and GBBs on the range, or simply heading out to an airsoft-related event!

Even those taking a “down day” have airsoft projects to be working on, and Bill tells us that once he gets through editing and gets out from behind his PC he’ll be working on some righteous, old-skool “NAVSPECWARGRU” things… we wondered why he’s been building that BLOCK 1 AR and Mod 0 CQBR!!!

Stewbacca let us know that “I’m taking a much needed rest from the field. The leg is improving a great deal but I imagine it’s still put me out of the IPSC 2nd heat competition next weekend unfortunately.
The team are off to an outdoor game down in Miaoli in the Midlands of Taiwan, but I think I will spend my Sunday putting my Shadow 2 back together on camera and discussing all the lovely upgrade bits that our good friend Clarence was generous enough to bestow upon me!”

Boycie is “planning my new kit room as I’m moving house soon, and then I’ve got a family day on Saturday before a range day on Sunday with my VFC G17!”, whilst Larri reports that “it’s CQB night for me; some new friends are joining me so I’ve gotta baby sit them and hopefully grow some new players; funny thing is the youngest player is around 12 and the eldest should be almost 70! It’s also my 11th anniversary back in airsoft which means I’ve been CQB focused for 11 years straight!”

Our tech crew is also hard at it, as we’re keeping Jimmy chained at the workbench with a couple of our own “skunkworx” projects, whilst Dan tells us “it’s our annual Airsoft Swap Meet this weekend for me; I’ve got enough stuff to fill up three tables, maybe four or five lol! Lots of parts, guns, and gear still yet to gather…”

To conclude this week though we’ll head on back to Bjorn who told us “last weekend I went to Stråssa (one of the biggest fields in Sweden) and had a great time with great players! I was hoping there would be more players but as Berget “Broken Arrow” 2022 was still running the amount was greatly reduced, and about 60-70 players showed up (Last game there was over 300!)… cloudy but warm and high humidity made us sweat; I was running steel plates in my PC from ONETIGRIS and a Geigerrig water system, so I didnt go light…

This field has everything! High ground perfect for sniping, sneaky dark areas where you need a light to manage because it’s pitch black, tight CQC areas, dunes of sand, forest areas, and small roads… no wonder they host one of the biggest post-apocalyptic LARPS with Mad Max inspired cars and bikes and people in awesome costumes! If you ever come to Sweden, I strongly recommend you to make a visit here!”

Don’t forget to check out his adventures via his own KLOCKAR social media pages, and with him we’ll be looking at some action from Sweden soon, so keep your eyes peeled for that!

For now though, the weekend is comin’ right at ya, so we’ll sign off as usual by saying Play hard, Play safe, and above all Play with Honour!