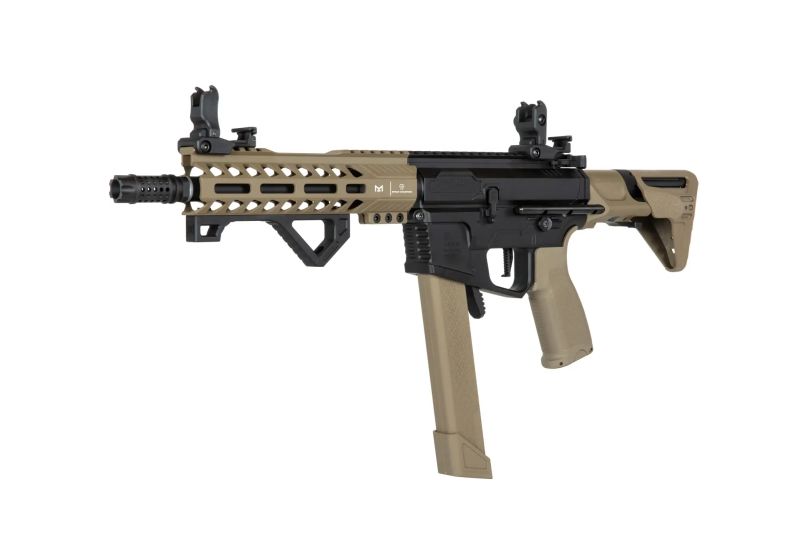 Specna Arms appear to be ramping up their production tempo again, and after the successful launch of the pistol collaboration we highlighted in the current monthly issue, they’re finally releasing the “9mm AR” they’ve been teasing us all with for so long!

There are four choices in all, the SA-X01 and SA-X02, both in PDW version and in two colours, Black and Half-Tan and they are available now!

The X Series is Specna’s answer to the widespread trend of AR-15 based sub-machine gun style replicas. Due to the compact size and top tier workmanship, these little AEGs are an excellent choice for CQB games, and the SA-X can be also effectively used as a sidearm for snipers too!

Straight out of the box you will get an AEG that’s good to go without any modification, unless you want to!

We’ll be looking into these new models in detail soon!