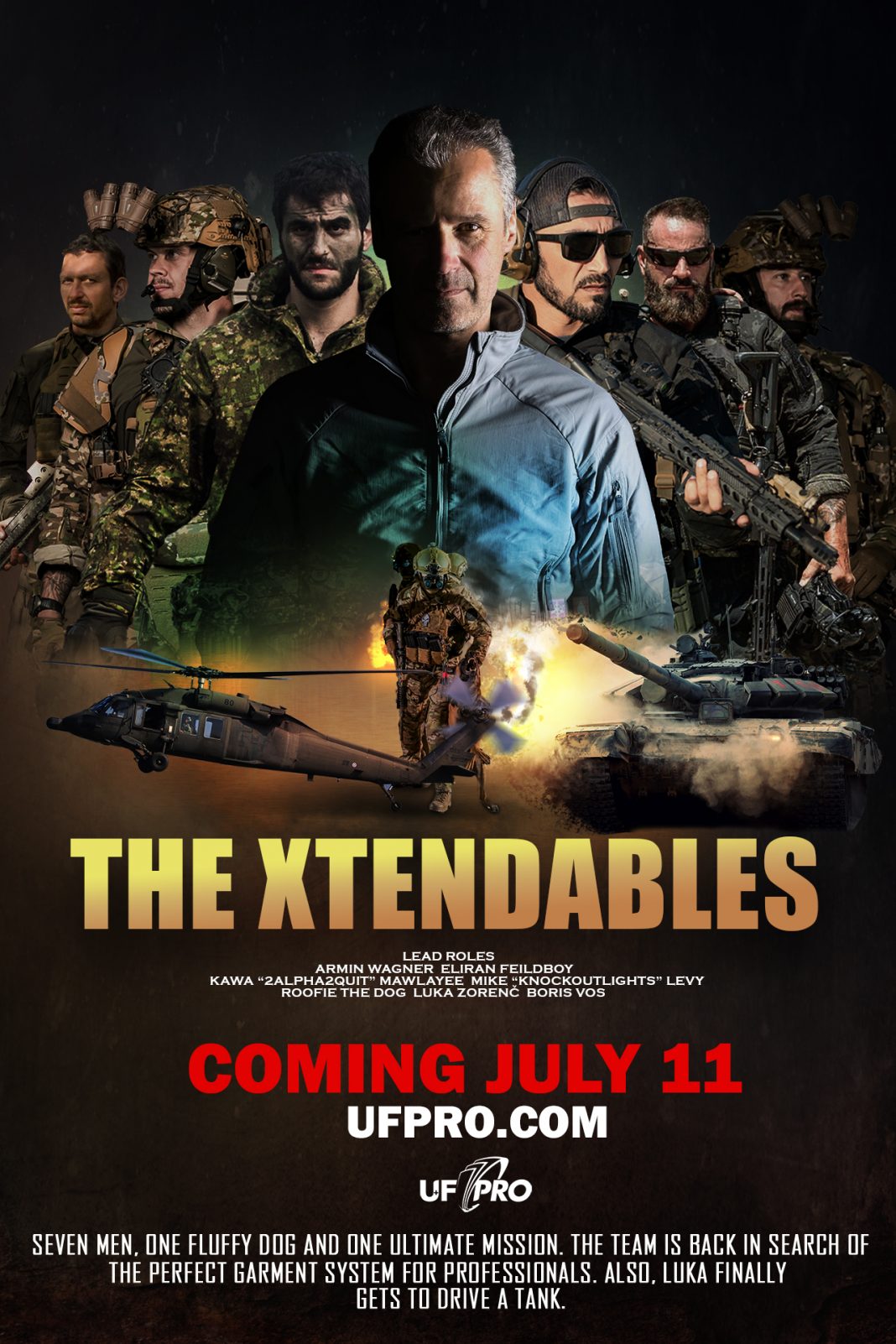 Anyone that follows our online news will know that we are big, big fans of UF PRO, and now our friends there will be hitting the Silver Screen with their very own “tacticool” movie, “THE XTENDABLES”!

UF PRO today announced it has set 11 July as the date its much-anticipated summer blockbuster “The Xtendables” will debut on the silver screen.

The world-premiere showing will be held at an as-yet unnamed movie house somewhere in or near Ljubljana, Slovenia. Meanwhile, “The Xtendables” will also simultaneously open at 3,000 theaters across the U.S. and 8,000 more throughout Europe and Asia.

“We’ve spared no expense to create this masterpiece,” said writer-director-actor Armin Wagner. “We used all the latest technologies to assemble a work that rivals the best of 1920s Hollywood—er, I mean, 2020s Hollywood. Script, acting, cinematography, sound, special effects, you name it, we’ve got it all and it’s amazing.”

“The Xtendables” is a mashup of four beloved movie genres: action-adventure, buddies-on-the-run, sci-fi, and who-dunnit.

“The best part is when Luka commandeers a tank and Roofie is running ahead of him to show the way to the sought-after garment system, but the route Roofie takes leads Luka and the tank through an insanely narrow fast-food drive-thru lane,” Wagner said.

For information about “The Xtendables” and about UF PRO tactical gear, go to https://www.ufpro.com/xtendables-the-movie

Seven men, one dog and one ultimate mission. The team is back in search of the perfect garment system for professionals. Coming July 11th, and we will most certainly be there for opening night!