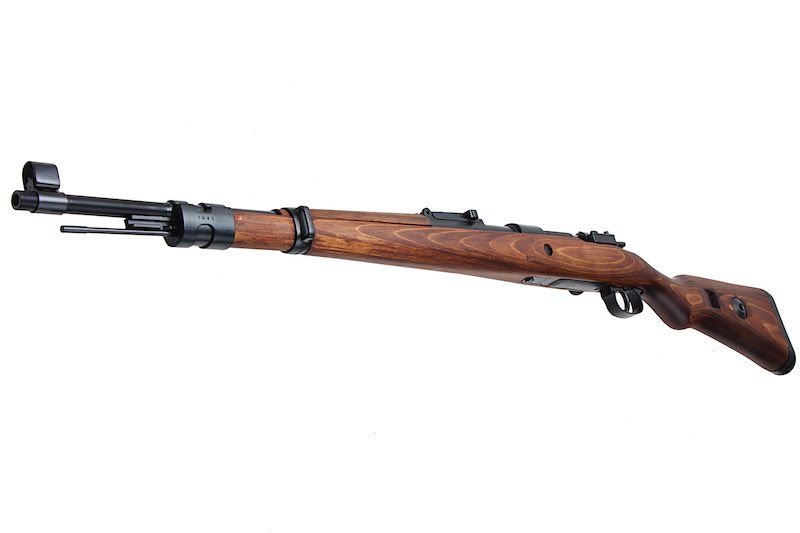 When it comes to rifles with historic provenance it seems recently that it’s all been about the Lee Enfield, but now ARES have come on with not only their take on the NO 4 MK1 but also on the AXIS equivalent, the Karabiner 98 Kurz!

We were lucky enough to get our hands on the ARES replica of this absolutely gorgeous German bolt-action when we visited iWholesales last week, and it really is STUNNING; in fact we’re told that just the woodwork alone took many months of searching to find!

The “Karabiner 98 Kurz” is the shorter version of the venerable Gewehr 98 (Kurz is German for short) more commonly known as the Kar98K. This legendary rifle was issued to German forces in WWII and was admired and feared in equal measure. The ARES is a genuinely super replica of this legendary rifle; 95% made of steel it also has that lovely furniture, and much like the real thing the ARES Kar98K also has a super-smooth action!

Coming out of the box at 1.54 Joule/411 fps on a 0.20g, unlike most ARES spring bolt action guns the Kar98K features a direct feed system similar to the Amoeba STRIKER series to make the action much more realistic. The rifle comes with a pair of 20 BB “bullet” magazines too, and arrives in a repro “crate” gun case just to finish the deal!

If you fancy some “WWII-‘soft” or just want to own a piece of firearms history, then this could be the very thing, and if you fancy going all “Enemy at the Gates” then ARES have even produced a version of this lovely rifle with a “ZF39” style scope already fitted!

We’ll be looking at all the new ARES WWII models in detail in Issue 139 (June 15), so stand by for even more (Airsoft) Action!