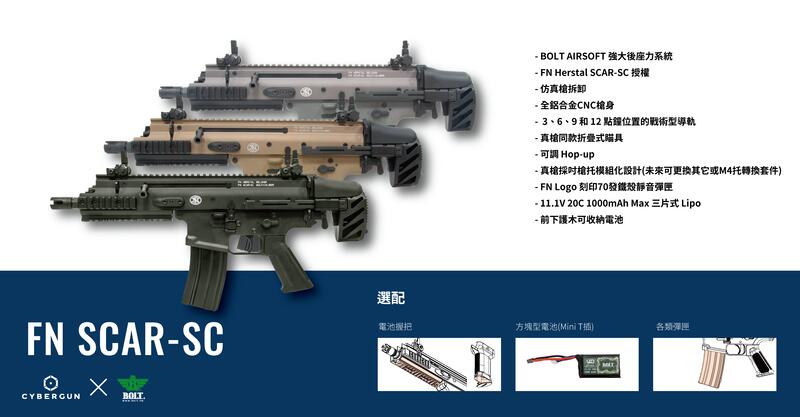 It’s back to work at AAHQ we go after a busy weekend looking at all that MOA2022 had to offer, and oh boy, what a lot we had to see both at, and from, the show in Taiwan!

Whilst it may seem that the show was dominated by new GBB platforms the eagle-eyed among you will have no doubt picked up on the BOLT AIRSOFT stand, and the fact it was plastered with “FN HERSTAL” logos… and for a very good reason as they were featuring the all-new FN SCAR SC that they’ve collaborated on with no other than Cybergun!

Now this isn’t the first time that Cybergun have had a crack at the “SCAR shorty” under their FN Licence, but in our opinion they’ve definitely picked the right partner to work with this time, and the new AEG has the potential with the BOLT Recoil Shock System (BRSS) to be a right little ass-kicker that is sure to be come a favourite with CQB players that like a bit of “USSF” in their loadout!

Details are still coming out about the new SCAR SC, but it’s now up on the BOLT website, and it looks awesome in all three colourways. The specs there also tells us the following;

This all looks good to us, and if you’re already a fan of the FN SCAR then we’re sure that this news will delight you too, and we look forward to seeing how this new model performs in due course!