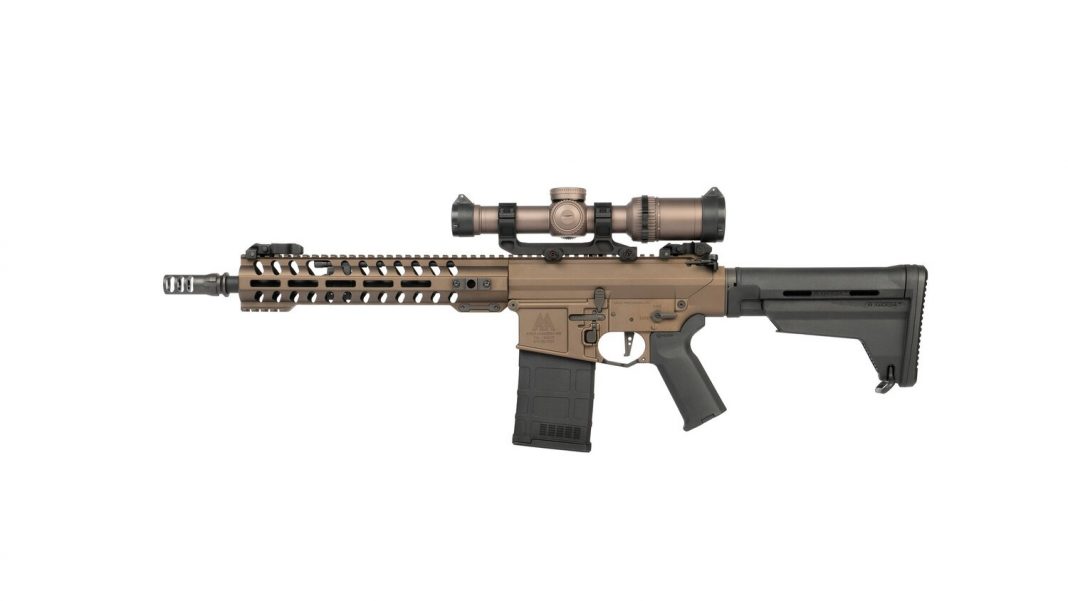 If truth be told there is some ongoing debate amongst the Airsoft Action Crew as to the efficacy of the ARES Airsoft EFCS system, but from our testing of new models, and the experience we’ve had with older ones, then it’s a system that works, and one that continues to evolve and improve!

We’ve also commented positively on many occasions that ARES continue to innovate, and as Bill stated in his look at the “X45” in the current monthly issue;

“Like them or loathe them – and Ares appear to attract just as many detractors as fans – I believe that Ares are actually amongst the true innovators of airsoft right now and that’s come from
over ten years of really getting into the market to find out what works and what doesn’t, both in terms of design, operating systems and new technology.”

And once again it looks like the clever folks at ARES are entering some new territory, and following numerous manufacturers into “DMR territory”, with the release of their AR308M!

This looks absolutely gorgeous, and carries some features forward from their existing “AR 556” line, and features appear to be;

In addition, the specifications look good to us too;

VELOCITY : According to Your Local Regulation

Coming with a new 130 BB magazine and presented in a dedicated Hardcase the AR308M looks to be quite the package, but we wonder if it has the legs to knock our favourite “short DMR” (the G&G!) off the top spot? Only time and testing will tell, and we’ll report back in full when we’ve had chance to put the new rifle through its paces on the range!