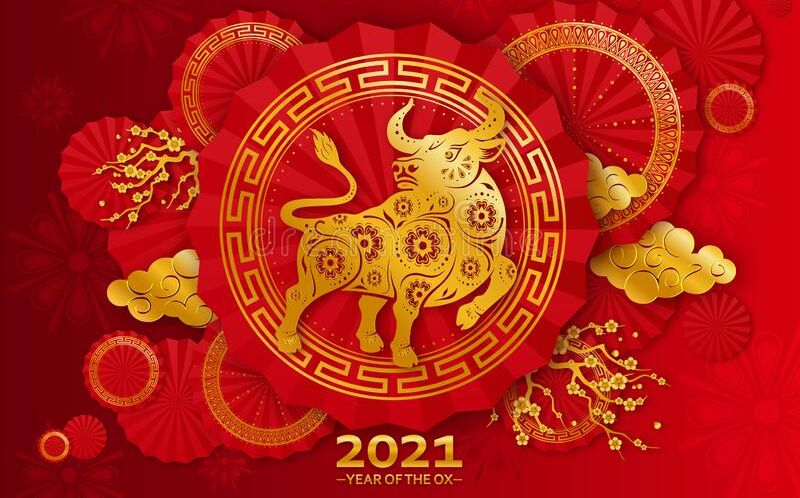 Although we’ve already celebrated our regular western-world New Year it’s that time when we wish all of our friends and partners a very HAPPY NEW YEAR as they celebrate and prepare to enter “The Year of the Ox”!

In case you were wondering, the Ox is the second animal in the Chinese zodiac cycle, but it really should have been the first from what we read! The reason for this comes from the mythological tale of The Great Race; this story tells how the Jade Emperor, one of the most important Taoist gods, held a race where the first twelve winners would be chosen as the Royal Guard, and the winners of this race ended up as the twelve animals of the Chinese zodiac in the order that they finished.

The Rat was initially in the lead but was unable to cross the river, so it tricked the Ox into giving it a ride. It stayed on the Ox’s back (or ear as it is sometimes told!) all the way to the finish, but then the rodent jumped down and scampered to the Emperor first, and as a result, the Rat became the first animal in the cycle, with the Ox relegated to second!

However, as we leave “The Year of the Rat” (it is “traditionally a year of turbulence in which change and disasters are commonplace”!) well and truly behind us, the strong Ox looks set to lead us into better times; it is said that people born in the “Year of the Ox” are reliable and value their friends, and our friends in the Far East have all showed us these traits in abundance, for which we thank them from the bottom of our hearts.

We wish all of our friends celebrating the beginning of “The Year of the Ox” both in the industry and in the airsoft player community our profound best wishes for the future, and we hope that 2021 will bring you all happiness, health, and prosperity!