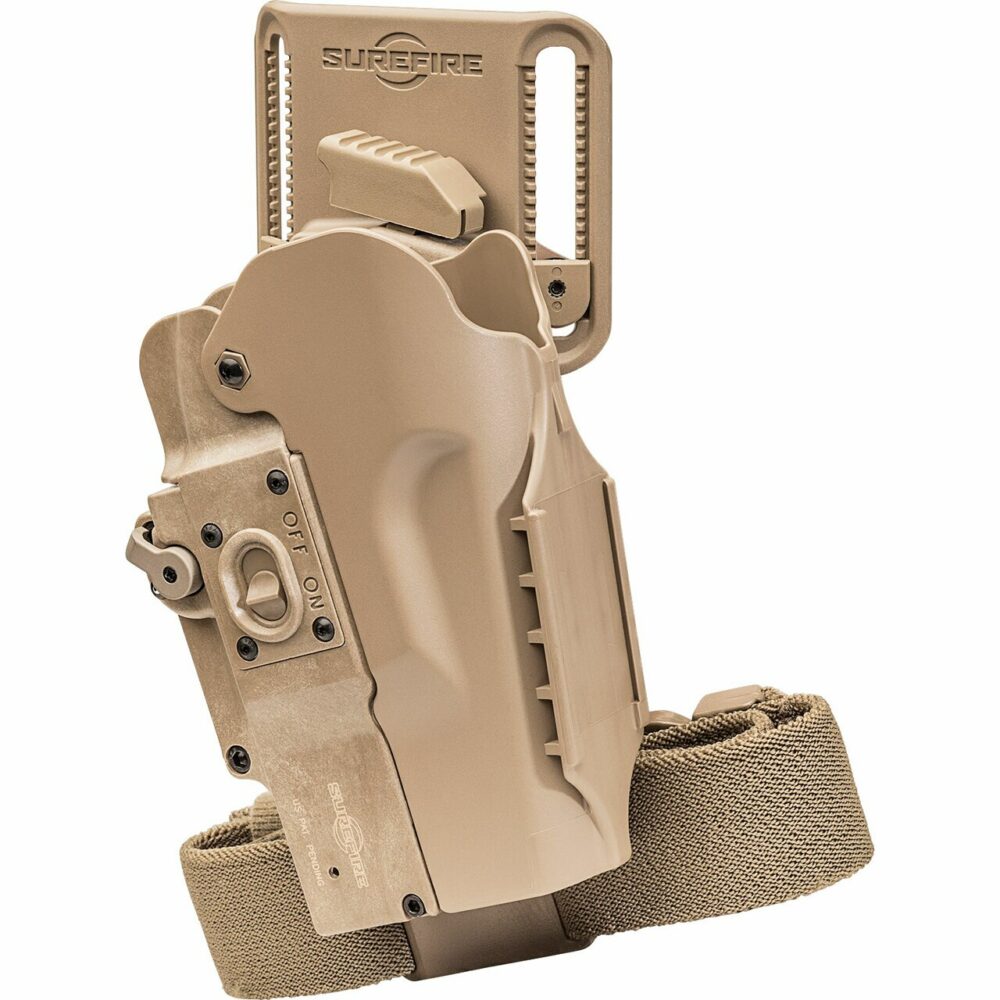 The AA team are always looking for clever solutions to offer more handgun carrying options, and with the current crop of GBB pistols coming with both as-standard RDS and suppressor adapters it’s becoming harder to find a holster that will accommodate all the shizzle you want to carry pre-mounted!

The latest SureFire holster though, the MASTERFIRE PRO RAPID DEPLOY HOLSTER may well be the very thing that we’v been searching for though; by no means a cheap option, this Quick-Draw holster is perfect for use with SureFire MasterFire WeaponLights, suppressors and other accessories!

The original MasterFire Rapid Deploy Holster (RDH) is a lightweight, durable holster that provides a tactical advantage with its ergonomic, one-of-a-kind design. It securely holds most any railed handgun equipped with a SureFire H-Series WeaponLight, positioning it at an advantageous angle for a fast, consistent draw stroke. A proprietary lug-and-cam system locks the firearm in place with Level 3 retention, utilizing both a primary and secondary locking system, which is released by an ergonomic thumb-break for rapid weapon deployment. The holster’s design also accommodates most red-dot optics and/or suppressor as the open top style securely cradles almost any handgun, including a suppressed handgun with a red dot sighting system and keeps it at the ready for rapid deployment .

SureFire’s revolutionary new PRO holster design though has been revised to deliver a smoother, faster, straighter draw stroke, as well as greater weapon protection. Tough enough for extreme use, the MasterFire Pro still interfaces with specific SureFire H-Series Weapon Lights, which can be set to automatically activate when the pistol is deployed, saving you critical time in high-stress situations when fractions of a second can mean the difference between a fast hit or a quick walk back to the Safe Zone!