Home Global Airsoft BACK FROM THE NAF, ISSUE 130 INBOUND… AND IT’S A BIGGY! 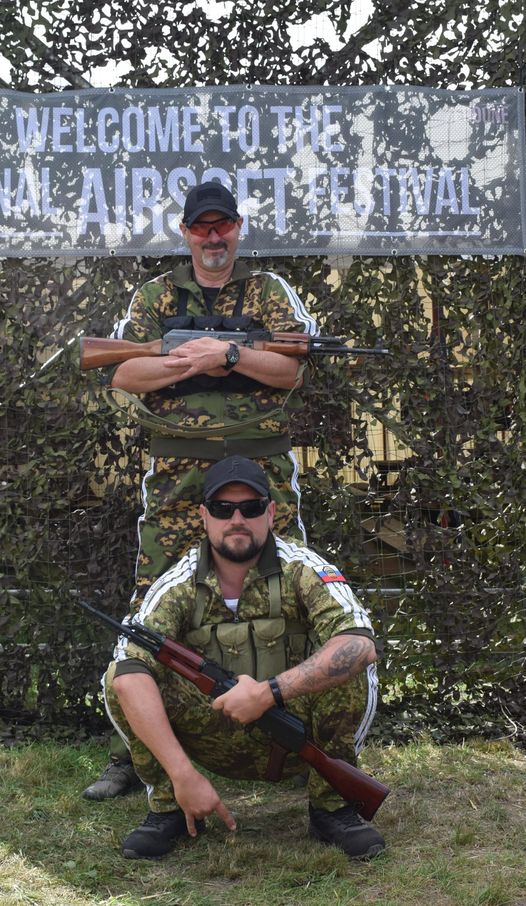 So we’re back from the UK National Airsoft Festival (NAF) after a FABULOUS long weekend, and back in the office hard at work on Issue 130 for September 15th, our 10 YEAR ANNIVERSARY ISSUE, and it’s going to be a special “supersize” one as we look back on things and say a HUGE THANK YOU to all the fabulous industry partners and all the marvelous players we’ve met over the years!

So, what of the NAF? There’ll be a FULL report in Issue 130 as it’s where we launched Airsoft Action all that time back (don’t forget that ALL those back issues are available here on the website!) but in a snapshot…

WE HAD A BLAST!

Airsoft Action has been present at all but one NAF and we’ve seen (what was then called) The National Airsoft Event become de-rigueur for airsofters Europe-wide, with players travelling from across the continent to enjoy not only the wide-ranging gameplay, but also the incredible social atmosphere created when thousands of airsofters get together! Of course, this year’s event was tempered by the travel restrictions still in place due to C-19 and the fact that the event itself was in doubt until the middle of July (when restrictions were thankfully lifted in the UK) but for those 1800-plus players who did make it this year, we were treated to a fabulous weekend – both on and off the field of play!

The main Safe Zone is split away from the camping area and is almost a self-contained “festival village” in its own right. There are numerous gear-sellers around the village, with Jo from Flecktarn and the Enola Gaye team, Ian and Dave (Ratty and Rocky to their friends!) with the VIPER stand (who made a couple of players VERY happy with their “locked crate” gear giveaway!) and the guys from BRAVO TWO TWO with their excellent t-shirts, newcomers Spartan Precision Equipment with their superb Javelin Bipod system (more on that in “SHOP DROP” in 130!), Neil and Rob from Attack Sense, our good friend Taig from Kydex Customs , and you could even have your photographic portrait done by Josh from Krios Photography!

Then there was a whole plethora of stands that make up the “food court”. If you wanted an ice cream or a bacon bap, then it was there for the having, and if you didn’t want to cook over the weekend then you had a choice of very well-priced Greek food (absolutely stunning kebabs!), Thai red or green curry with rice, burger and chips, good old fish n’ chips, wood-fired pizza and even fresh coffee and donuts! The licensed bar marquee this year was put up with safety in mind, being fully open on one side, and the usual outdoor table area was wider-spaced than usual for the same reason; in fact, the Ground Zero team did an excellent job of making sure that they did the best possible for player’s safety.

After a relatively swift and to the point safety brief (Team Briefs had happened well before this) it was time for “Game On” and players headed out to their respective start points. After a rousing brief from the team I/Cs the game started properly with a pyro barrage, and it was time to get into it! Although the site is HUGE it’s also broken down into smaller “game zones” that are eminently playable in their own right, and that on a regular “skirmish day” would delight anyone. There’s a small village, a “prison”, outposts, guard towers, trench systems and numerous other structures to play through. Of course for the weekend EVERYTHING is in play at the same time, and wherever you went there was the sound of a firefight taking place. All three teams, Green for “Delta”, Orange for “Bravo”, and “Blue” for the “Others”, had objectives to achieve and points to be earned from them and from what we saw every objective was hard-earned by the eventual victors!

Whatever your style of play may be the National Airsoft festival has something to offer you. The Festival is first and foremost just that, a joyful event that celebrates airsoft in all its diverse and wonderful forms, and a festival that just happens to be set on an awesome site that has an enormous game going on at the same time… and long may it continue!

For further information for the 2022 National Airsoft Festival please keep an eye on the event update page, and we look forward to seeing you there!

SOMETHING FOR THE WEEKEND: TM MP5 NGRS – THE LAYLAX TAKE!