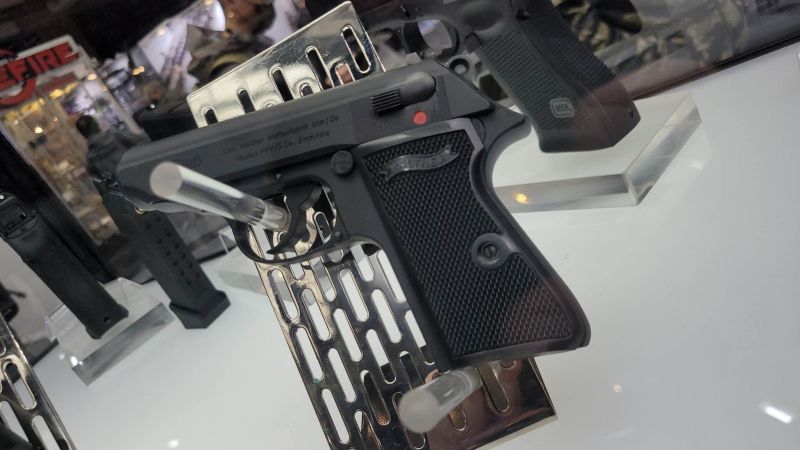 So, it’s been a busy old day for AA Deputy Editor (Asia) as Stewbacca has been scurrying around MOA2022 like a man possessed!

There’s also been a lot of “social interaction” already and we understand that this is continuing outside the Show Halls… no doubt there will be tales to tell tomorrow!

Obviously he will be compiling a full report on everything he’s seen at the show for the January Issue (these things take time to get right you know!), but we asked him to pick one thing each day that really took his eye, and for today he told us;

“Despite the vast array of shiny new toys on offer and only recently announced or sneaking in to the first day of MOA2022, the thing that most grabbed my attention was VFC’s sudden announcement of a NEW Walther PPK GBB!

I had heard rumours or chatted with some of their team who were tight-lipped when I suggested they should make one seeing as they already did such a good job of the PPQ (My standard sidearm since acquiring my Taiwanese NPA police edition a good while back), but here it is in all its glory. Stubby silencer available and with an 11/12 round capacity it will be ideal for IDPA or other concealed carry shenanigans.

It should be released fairly soon after Xmas, while there are many other goodies to look forward to from VFC in 2023!”