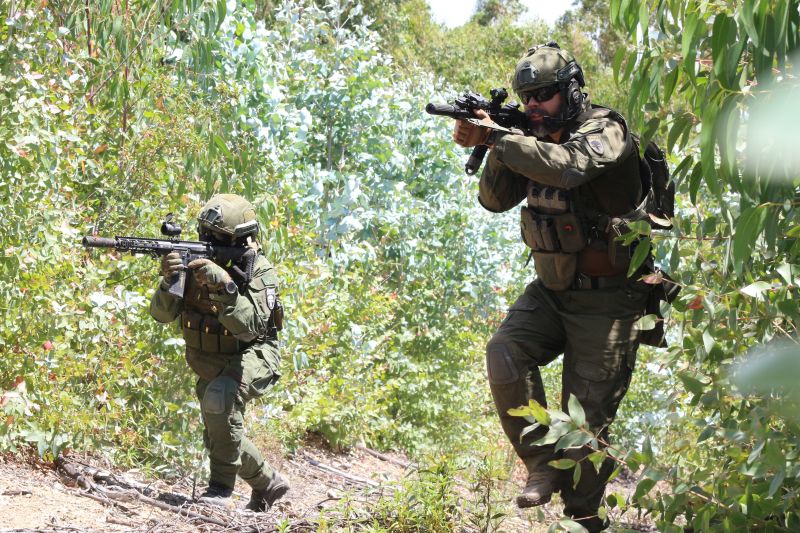 Another working week draws to a close, and all over the world we know that you’re getting your airsoft kit squared away for the coming weekend, and as it’s the first weekend of July we know that many of our friends in the USA will be gearing up for a very special few days, and of course the Independence Day celebrations on the 4th!

I’m sure you’ll join us in wishing our US-based Legionnaires Robbie and Dan, along with all our player and industry friends in the USA a VERY HAPPY 4th!

And having players around the globe to bring in reports of what’s happening in their own communities continues to be a point of focus for Airsoft Action, one that is very important to us! None of us exist in isolation and where online discourse can quickly become troublesome – and indeed sometimes downright toxic – what we aim to do is connect everyone in a positive and fun-filled manner… At the end of the day airsoft is about FUN, right (Well played the Laylax crew whose LEGO pics gave us so much of a laugh this week!)?

We’re blessed to have Legionnaires like Stewbacca in Taiwan, and now Larri in Hong Kong who are right at the beating heart of the airsoft industry, whilst players like Miguel in Portugal, Bjorn in Sweden, Turgay in Turkey and the majority of the guys in the UK are out playing airsoft and building guns all the time, hopefully setting a good example of how things can be done. Others like Jase are out and out MilSim devotees, Chris is actively involved in living history, and Iggy is even at the heart of the Australian efforts to have airsoft legalised at last, but above all everyone concerned is a shooter… we work with AEGS, GBBs and springers day in, day out so when we have an opinion it’s based on seeing, and shooting, a multitude of models and using all the kit that goes with it!

And the AA Legion will continue to grow and flourish! Ryan at Laylax in Japan has been sending us occasional reports of the games there, and now he’s been joined by Marck (yes, THAT Marck, the one we all already know!) they’ll both be sending us the lowdown on what’s going on inside airsoft and the Japanese community on a more regular basis!

Sadly we have a couple of “men down” this week, and Stewbacca tells us that after injuring his ankle last weekend (he’s reviewing his boot choice!) he “should still be able to play hopefully. The ankle’s nearly functional again despite looking like a paint by numbers, and we’re playing an exciting looking new indoor site near the airport so I won’t have to deal with mudsliding again!”. Bill W-R is having a bit of a rough time healthwise too, so I hope you’ll join us all in wishing them both a full and speedy recovery!

Bill and Jimmy are off into the woods (oh my!) to work on some photography and build some bashas, along with putting the finishing touches to their takes on the G&G MXC9 and GE AMD 65 AEGs. Boycie is out instructing again and tells us that “I’ll be training a couple of people in how to handle pistols, using RAVEN replicas as they’re ideal for safe practice”, whilst Chris a is “at a Reenactment weekend at the Capel show locally for me and the Team”. Larri “may go for a SpeedQB experience game, a public game host by a game venue… or I may take an airsoft break this week… Still debating in my mind!”

Miguel as usual is out attending to “airsoft business” as he told us that it’s “time to put the new guys to the test. After two years of games, practices, and formations, the most recent members of the team will be put to the final test before getting our iconic red beret. They will go through exercises involving team movements, navigation, and communications!” Thanks also this week to Miguel for the “week end” shot which was taken at OP INTERIOR hosted by the USAC Airsoft Team; you’ll be able to read his full report on this game in Issue 140 on the 15th!

That’s about it from us this week, so as always we’ll sign off by saying Play hard, Play safe, and above all Play with Honour!!!