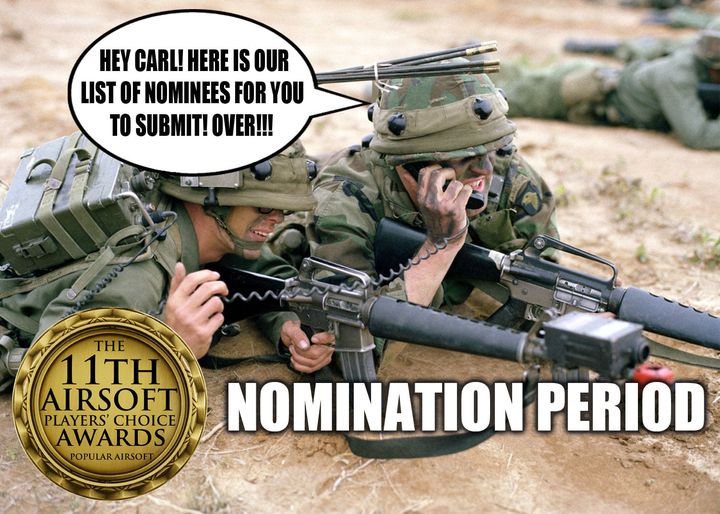 Something different to start the week as like “a certain person” we are keen to secure your votes you lovely people!!!

The biggest airsoft event online has finally started, the 11th Airsoft Players’ Choice Awards. The awards process is now accepting nominations in which airsoft players can send their list of favourites in 26 awards categories during the Nomination Period. From today until the 28th of December 2020, the readers of Popular Airsoft and airsoft players around the world will be nominating who they think should go into the list of potential awardees.