Home News G&G Armament Type 64 – Good to Go Inside and Out! 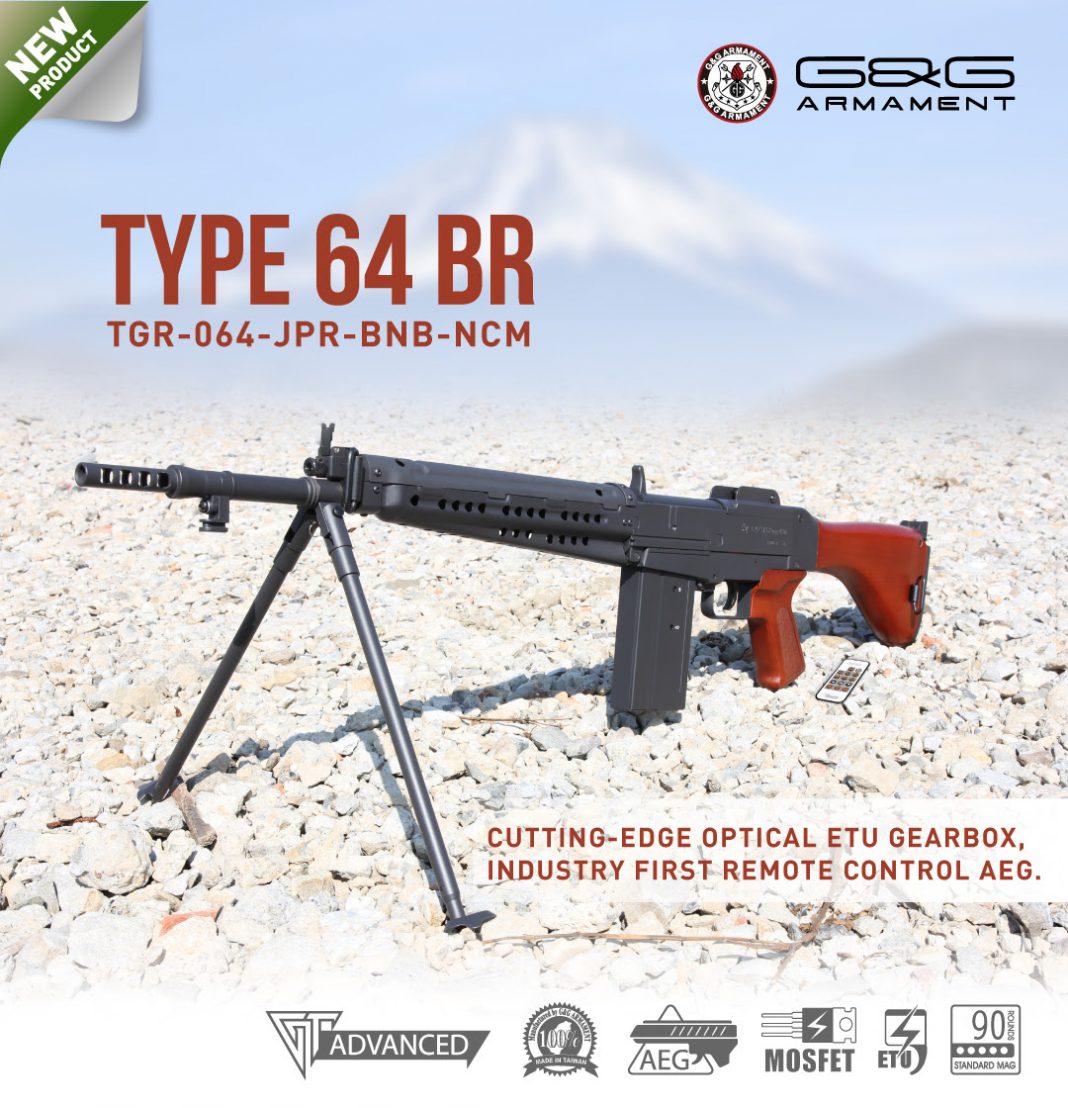 Definitely a model for the player who desires something unique and different, G&G Armament have now released their splendid-looking Type 64 Battle Rifle AEG, and it’s as interesting internally as it is externally!

For the history buffs, the Howa Type 64 was developed in the late 1950s for the Japanese Self Defense Forces. It used a copy of the US M14 magazine, and was chambered in a reduced-power version of the NATO 7.62x51mm cartridge, and was developed as battle rifle exclusively used by the Japanese Self-Defense Forces and the Japanese Coast Guard. The Type-64 was never exported outside of Japan due to its strict export laws, and was superseded by the more advanced Howa Type 89, but is still in service with all branches of the SDF (Self-Defense Forces) and the Coast Guard, so if you fancy something REALLY different that ticks a lot of “timeline boxes” then this could be the very rifle you’ve been looking for!

In airsoft form, and with innovation in mind, the G&G Armament Type 64 BR AEG pushes the boundaries with new technology installed in the rifle; this all-new AEG will feature G&G’s first-ever wireless programmable electronic trigger unit (E.T.U.). A wireless remote control that is included will help you program the E.T.U. for a 3 or 5 round burst with a simple press of a button.