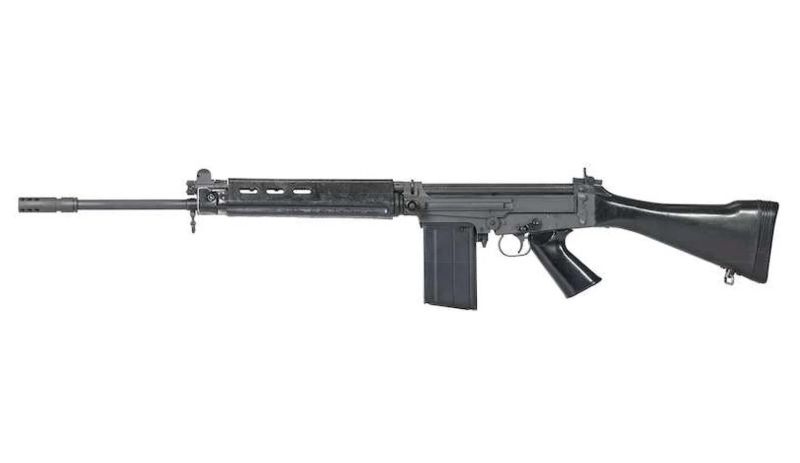 So, a quieter week for us last week getting to the range and getting some photoshoots done for upcoming features as well as putting a serious dent into the content for Issue 142 inbound on 15 September… oh boy, another themed issue coming right at ya but you’ll have to wait to find out what the AA Crew have been working on!

But while we were having some range-time fun and Issue 141 was getting a whole heap of reads (thank you all!) VegaForceCompany were all about their latest GBBR and it’s one that Bill and Stewbacca have been waiting somewhat impatiently since their livestream with VFC Ray at MOA for… the VFC LAR or by any other name, the FN FAL!

If any rifle deserved the GBB-treatment then it’s this one, and it could only have been even better if it had been a L1A1 SLR… but who knows what’s in the VFC pipeline next! VFC tell us of the LAR GBBR though;

“The LAR is a representative classic rifle of the “Free World” in Cold War. However, until today the LAR rifles on the market have only had the option of an AEG version. In response to the expectations of many GBB system collectors, VFC launched in 2022 the long awaited GBB version that is a combination of their legendary attention to detail and quality combned with realistic operating performance. The result is what we consider the most worthy GBB version of LAR to date!”

We’ll be working up a big report on this benchmark rifle, a model that in the real world set the tone for many nations; with a production life running from 1953 to 1988 these fabulous battle rifles are still seen around the world in service to this day, and at the height of their service life they were one of the most widely used rifles in history, having been used, it is believed, by more than 90 countries!

If you’re looking for a single GBBR then this could very well be the one for you, and we are looking forward to getting some serious loving time with this old campaigner in airsoft form!

Watch this space for updates, but for now, thank you VFC for once again trusting Airsoft Action with “your new baby”, and we’ll be spilling the beans in Issue 143 when the boys have given it a hammering!